Turning to “Paradise” for equitable growth in Detroit

In the first half of the 20th Century, two areas on the northeast side of Detroit’s central business district teemed with African American residents, retail businesses and entertainment venues.

The crowded neighborhoods of Black Bottom and Paradise Valley were two of the very few areas blacks were allowed to live, yet they provided economic opportunity and empowerment to people in an important way. That is, within that community blacks were able to launch and grow businesses and employ other people of color. 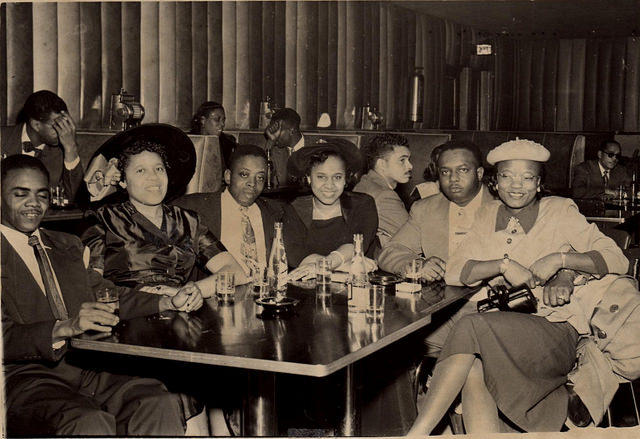 Even so, the business district that emerged was an integrated place where white Detroiters also came for services, food, and great entertainment.  No doubt, part of the appeal of the place for everyone was the rich cultural environment. It drove activity and revenues just as much as the services and amenities that were offered.

In other words, people went there for their cultural fix, demonstrating even then that there is a quantifiable economic value to cultural amenities. They create what we now call “a sense of place.”

When Paradise Valley and Black Bottom were demolished in the 1950s and 1960s, in order to make room for I-75 and I-375, places were lost, economic opportunities were lost, but the cultural legacy survived.

Now, more than 50 years later, the city is experiencing the most dramatic urban turnaround since New York City flirted with bankruptcy in the 1970s. Global manufacturing companies are taking advantage of the high concentration of automotive production and transportation infrastructure by building or expanding. Downtown and Midtown have become coveted residential districts as companies have moved in or expanded. Small business entrepreneurs are starting up or growing their firms in other key neighborhoods across the city.

However, not all communities are benefiting from this growth. Income inequality impacts every facet of life in the city, from educational attainment to health outcomes.

As economic developers, we have to address that inequity as we encourage new investment. If we don’t, we are building a tower without a foundation – it will be an economy of disparity that can’t be sustained.

Fortunately, Detroit is uniquely poised to address this threat locally and serve as an example to the rest of the country in how to grow a sustainable, inclusive economy. The development of the Paradise Valley Cultural and Entertainment District is a very good example of our “next idea” to create equitable and inclusive economic growth.

So what’s the Next Idea?

Over the last seven years, an ambitious plan has been developing to revive the spirit of Paradise Valley in a small downtown neighborhood not far from the original location. It is both a celebration of what was and a reflection of what Detroit should be — a city where entrepreneurs of all ethnicities are welcome and have equal opportunities for success.

Since 2008, the Downtown Development Authority (DDA) has directed the investment of $15 million into streetscape and building improvements in the area. The DDA has also actively sought tenants for the buildings it owns in the neighborhood that reflect the contributions of African Americans to Detroit and American culture.

… the model of Paradise Valley’s revival shows how government should not just provide basic services, but take significant steps to grow our economy in ways that promote equity and inclusion.

For instance, the Arts League of Michigan occupies the Harmonie Club Building, an African American-owned architectural firm is an anchor tenant in another building, and the Michigan Chronicle is moving into its own building in the district.

Now the project is moving forward to bring in private sector investment to complete the concept of a multi-use, multi-cultural neighborhood that honors the original Paradise Valley and Black Bottom, but does not try to replicate them. As it succeeds, it will be an important demonstration of the fair and sustainable approach that DEGC, city officials and our private and philanthropic partners are taking to revitalize Detroit.

Paradise Valley flips the way that urban markets are viewed.

It’s much deeper than a slogan such as “Black is Beautiful.” We are creating an environment that fosters a different way of thinking about ownership, entrepreneurship, and opportunity. We are aggregating culturally diverse businesses, creating job opportunities for segments of our population that may be overlooked by mainstream companies, and bringing new dimensions to the downtown business landscape.

As it moves forward, the process will force potential developers to reflect on an array of questions that examine social impact, economic return, employment opportunities for Detroiters, how people want to live, creative reuse of space, honoring the past while looking forward, and how to diversify the business mix downtown.

In short, the model of Paradise Valley’s revival shows how government should not just provide basic services, but take significant steps to grow our economy in ways that promote equity and inclusion.

It shows how city government should make value judgments to influence, inform, and prod the private sector to be more innovative, aggressive, and inclusive.

These are principles that will guide us as we work building by building, block by block to revitalize and re-invent a great American city.

Turning to “Paradise” for equitable growth in Detroit