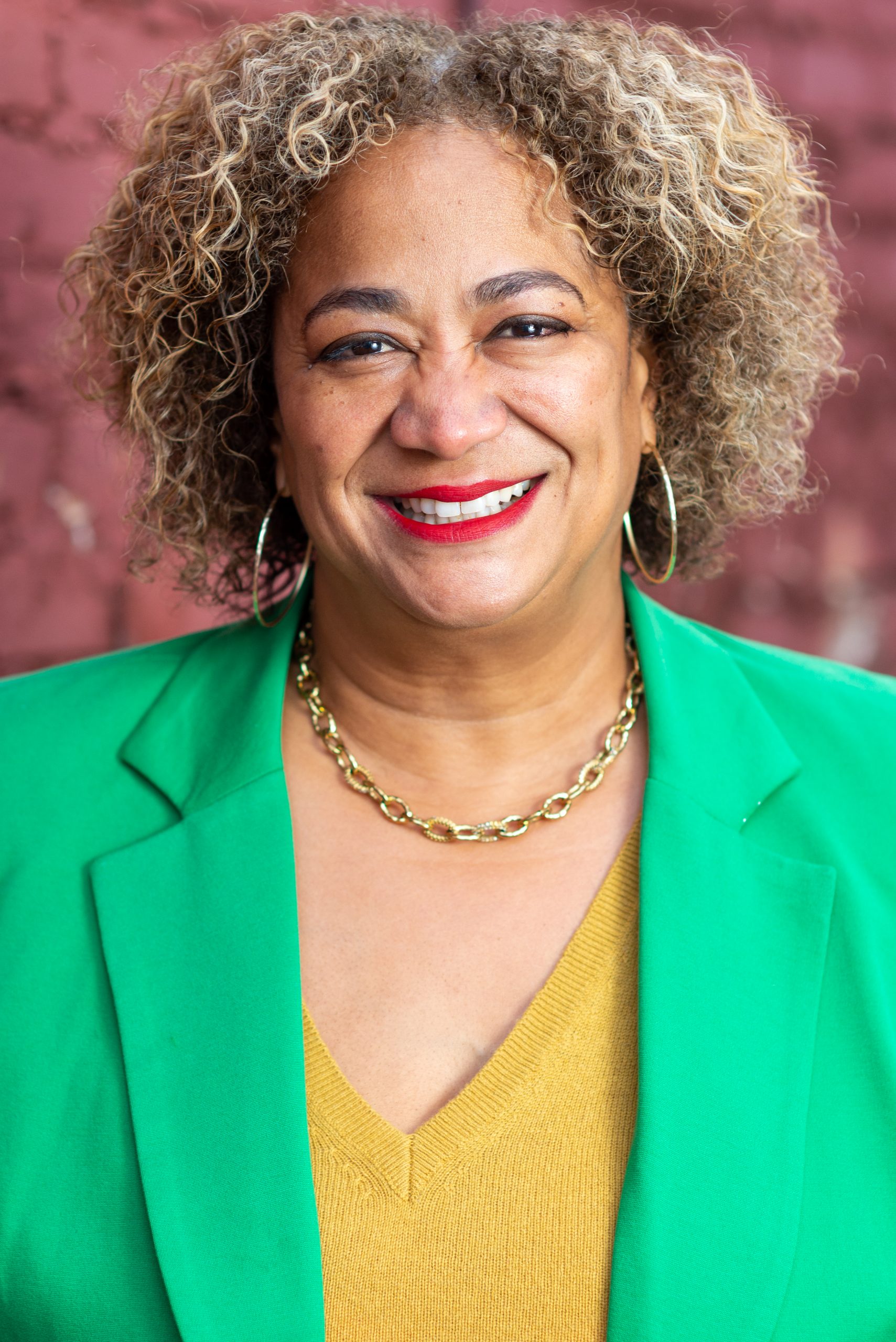 Chief Executive Officer
info@detroitfuturecity.com
Back To The Team

Anika Goss is the Chief Executive Officer of Detroit Future City (DFC), a think-and-do tank focused on land use and sustainability, community and economic development, and economic equity in Detroit. Anika leads a team of experts to implement the DFC Strategic Framework, a comprehensive 50-year guide to decision making and investment in Detroit.

Since taking the helm of DFC, Anika has repositioned the organization to be laser-focused on the equitable implementation of its economic development, land use and sustainability, and research. After launching the Center for Equity, Engagement, and Research at DFC, Anika led the development of several significant research studies, including the 2019 release of “Growing Detroit’s African-American Middle Class” and the 2021 release of “The State of Economic Equity in Detroit”; along with a web-based dashboard that tracks overtime six indicators that illustrate the deep disparities that exist in Detroit and the region. She also has helped bolster the future of Detroit’s land use and sustainability by awarding over $330,000 in grants aimed at accelerating vacant land revitalization in Detroit and developing a dynamic community educational network of nearly 50 neighborhood leaders and nonprofits to develop standardized green stormwater infrastructure practices.

Anika joined the DFC after nearly 25 years of leadership in national and local roles in community development and non-profit management. Anika worked at the Local Initiatives Support Corporation (LISC) for 16 years, with her most recent post as Vice President of the Midwest Region. In this role, Anika provided leadership, strategic and technical support for seven LISC offices in cities across the Midwest and Pennsylvania that reported directly to her. Before this, Anika served as LISC’s Vice President of Sustainable Communities, where she led the organization’s new strategic efforts to implement comprehensive community development as part of its Building Sustainable Communities program.

Anika’s work with LISC began in Detroit, where she served as the Detroit office executive director. She was noted for several major achievements while in this position, including managing a $40 million community development campaign, and designing and leading the campaign for the city’s first Land Bank Authority.

Anika also worked with the City of Detroit as its Director of Philanthropic Affairs and Executive Director of Next Detroit Neighborhood Initiative, leading an effort to transform six Detroit neighborhoods by improving city services and incorporating redevelopment strategies through public-private partnerships.

Anika’s leadership has been recognized in Detroit and nationally.  Crain’s Detroit Business honored Anika as a Notable Women in Non-Profits and a Forty under 40, The Michigan Chronicle recognized Anika as a Woman of Excellence, and she was awarded by Corps! Magazine as a Diversity Champion. Anika also serves on the board of Tech Town, Connect Detroit, and Michigan Future, Inc. She also participates in several national and international economic inclusion initiatives including, Brookings Institution Metropolitan Policy Program Network for Economic Inclusion, New Growth Innovation Network and BMW-Herbert Quandt Responsible Leaders Network.