The Center for Equity, Engagement and Research 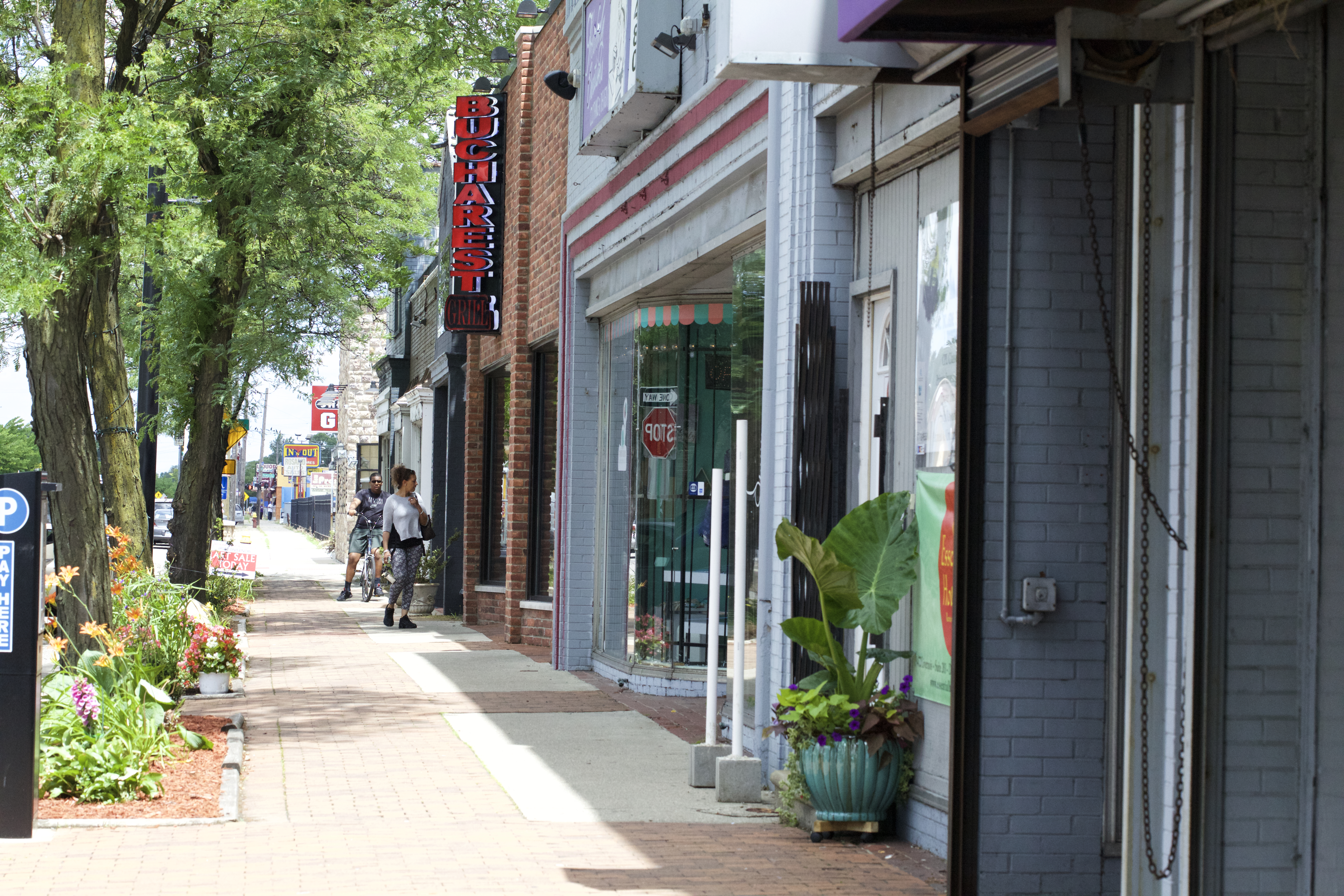 With equity and engagement as two guiding principles, Detroit Future City (DFC) is positioned to provide relevant and accessible research centered around advancing the quality of life for all Detroiters. Recognizing an opportunity to grow in this important role, DFC incorporated a new division within the organization, the Center for Equity, Engagement, and Research. To equip Detroit stakeholders with data and research, DFC will engage and encourage cross-sector leaders to increase economic equity.

The Center continues to build upon DFC’s research portfolio of publications and special reports, which provides up-to-date information to residents and key stakeholders. The portfolio enhances DFC’s Community and Economic Development and Land Use and Sustainability programs and provides easy-to-understand data and metrics on key issues facing Detroit. 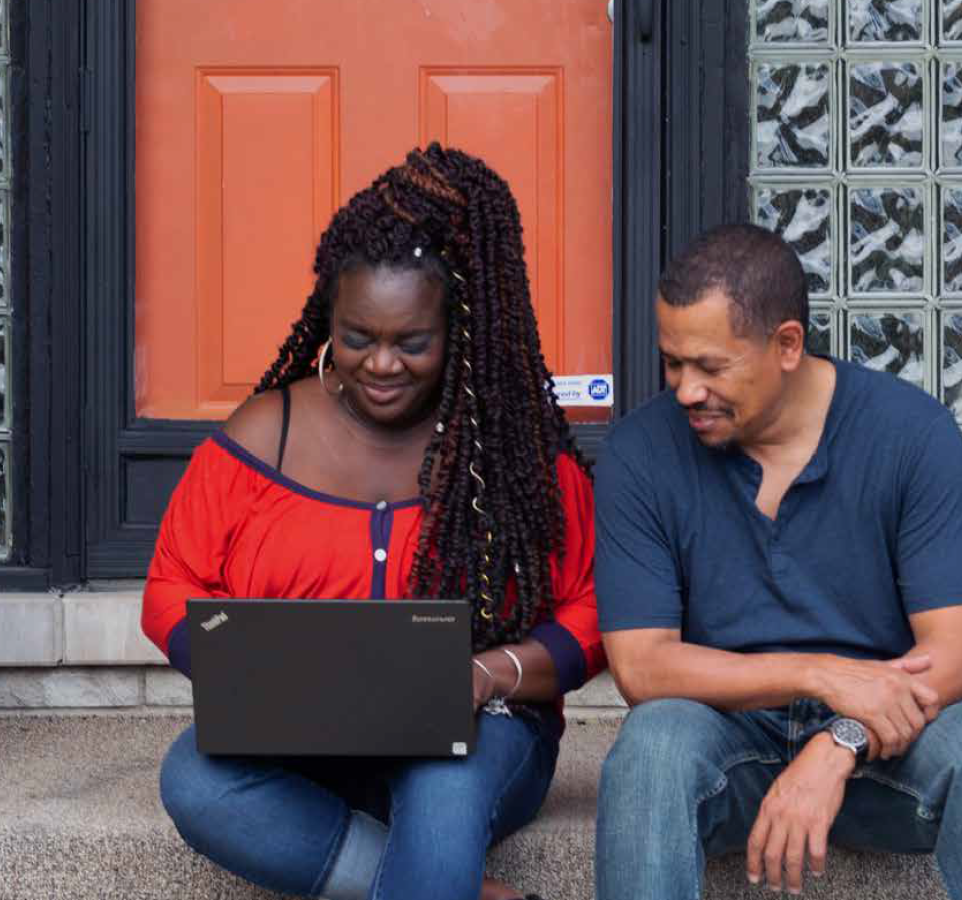 The Stakeholder Group consists of individuals that represent various sectors, in Detroit and the region, who each have an interest in advancing economic equity in Detroit. Their diverse perspectives will inform the development of a shared definition of economic equity and its indicators for the Detroit region. DFC will hold small meetings throughout the year to engage this group. 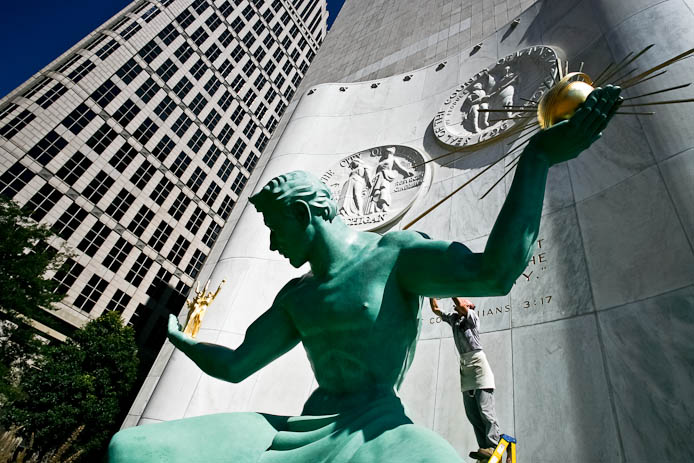 DFC would like to hear your feelings and experiences as a member of the community around the concept of economic equity. Send us a short video, audio, or written response answering ONE of the following questions:

2. What are some obstacles that hinder economic equity in Detroit right now? How have these obstacles changed considering COVID-19?

3. Why is the Center for Equity, Engagement, and Research relevant/important?

The Center's Research and Publications 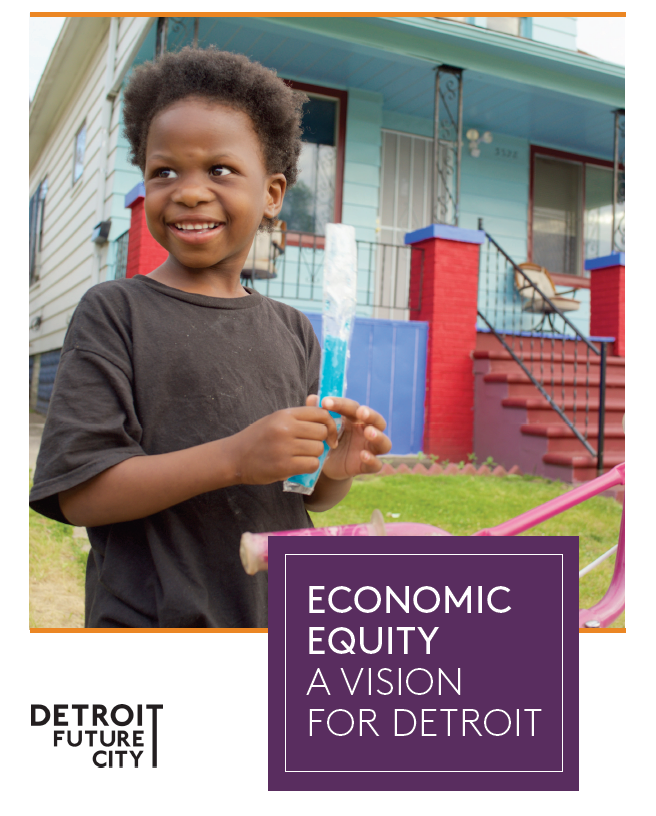 Economic Equity: A Vision for Detroit

Through the collaboration and engagement with over 500 stakeholders from community members and leaders to national experts, Detroit Future City is pleased to release a shared vision for economic equity in Detroit. This shared vision for economic equity will serve as a guidepost to galvanize our collective actions to confront the systems that are rooted in and perpetuate these injustices. 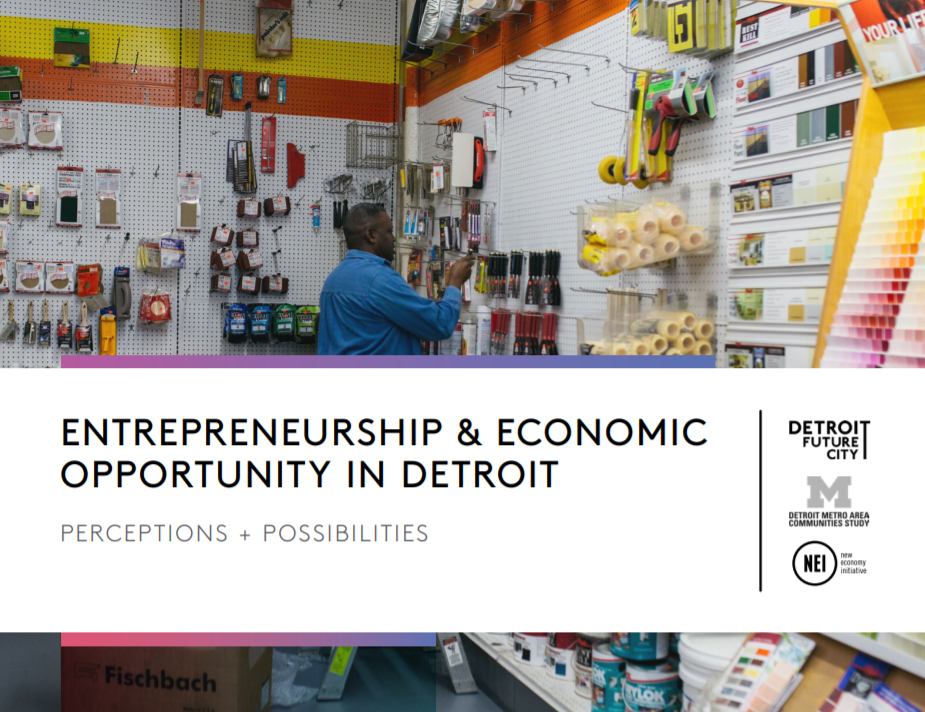 Entrepreneurship and Economic Opportunity in Detroit – Perceptions and Possibilities

Entrepreneurship and Economic Opportunity in Detroit – Perceptions and Possibilities [32 MB] 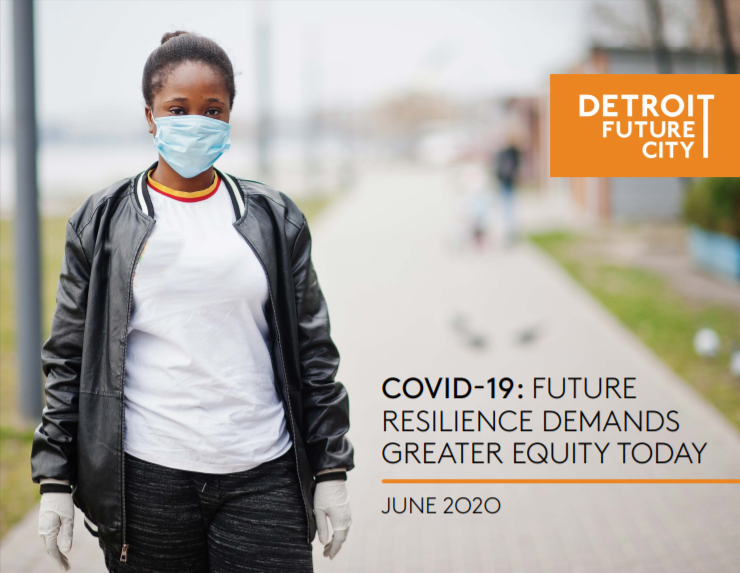 As Michigan begins to reopen from stay-at-home orders put in place to limit the spread of COVID-19, many are hopeful that we will start taking steps toward “returning to normal.”

This report highlights data on the conditions that led to the detrimental impacts of COVID-19 in Detroit and also looks to the future with policy considerations that could address these inequities. 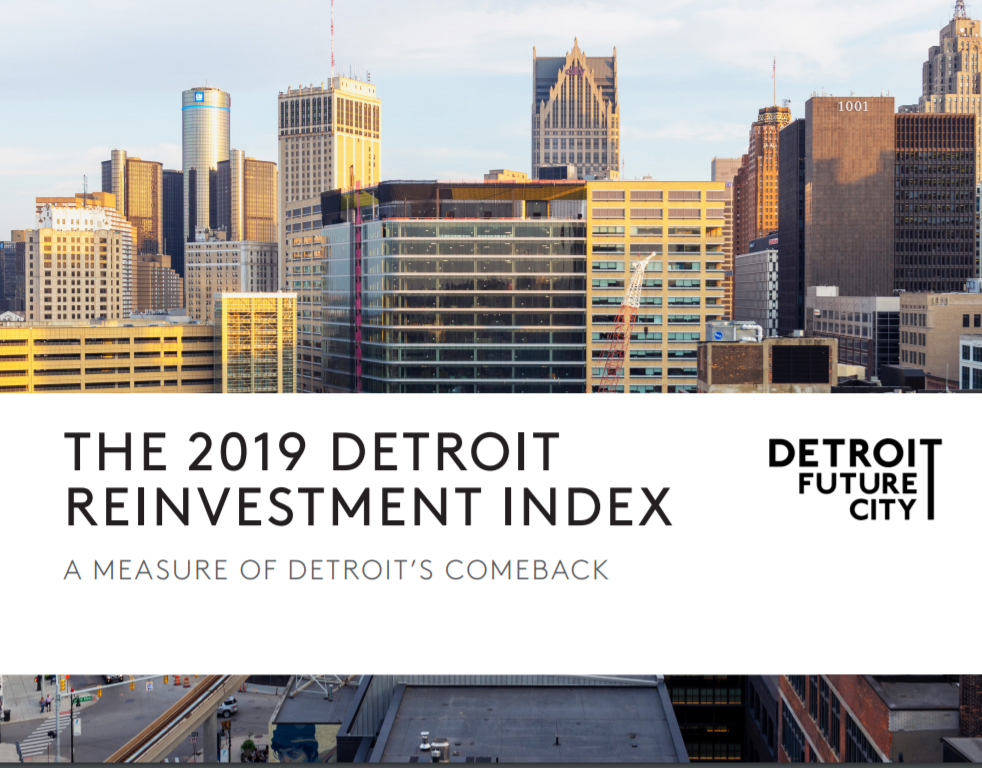 The Detroit Reinvestment Index tracks perceptions of Detroit’s revitalization among several groups to gain a better sense of local and national perspectives of economic growth in the city. 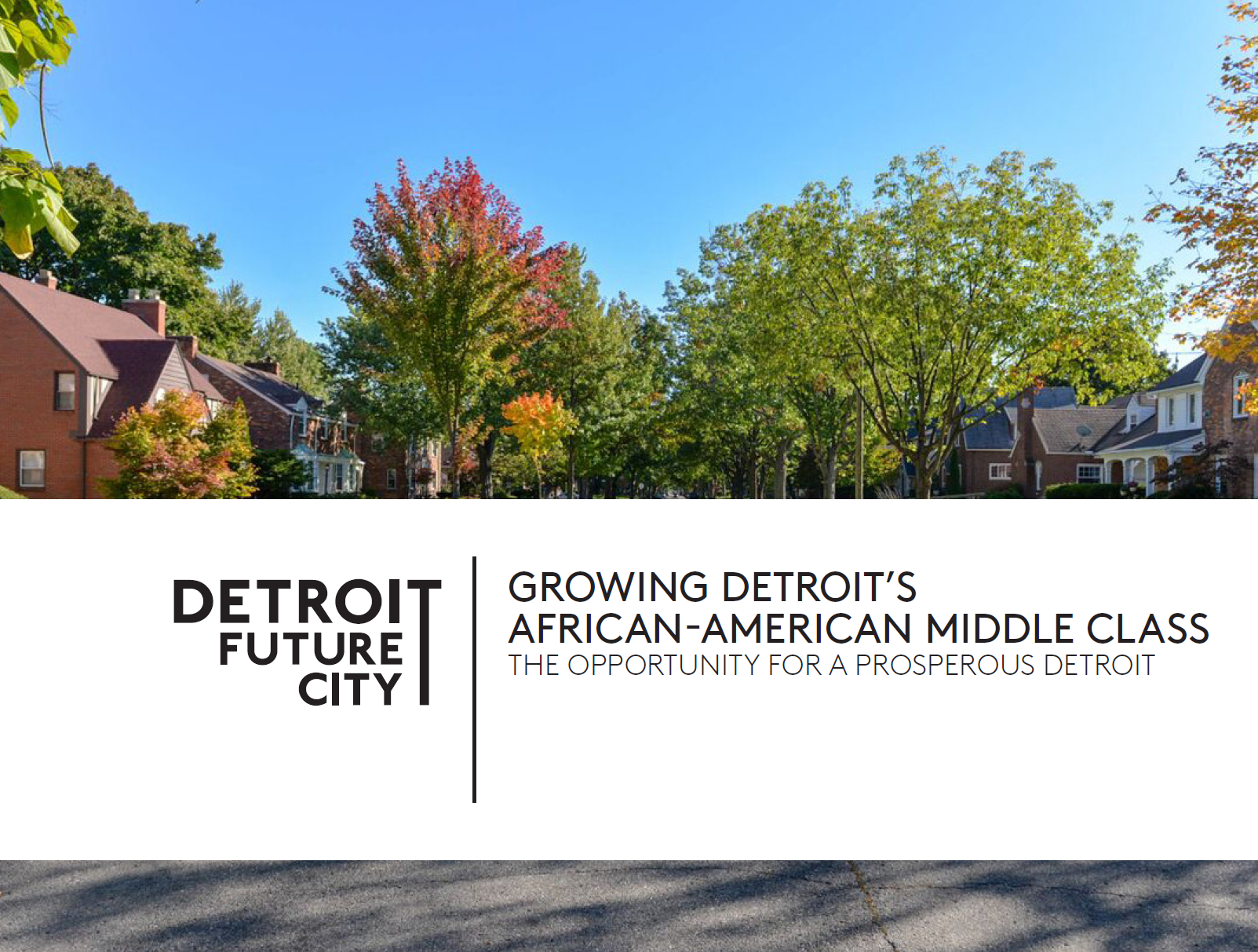 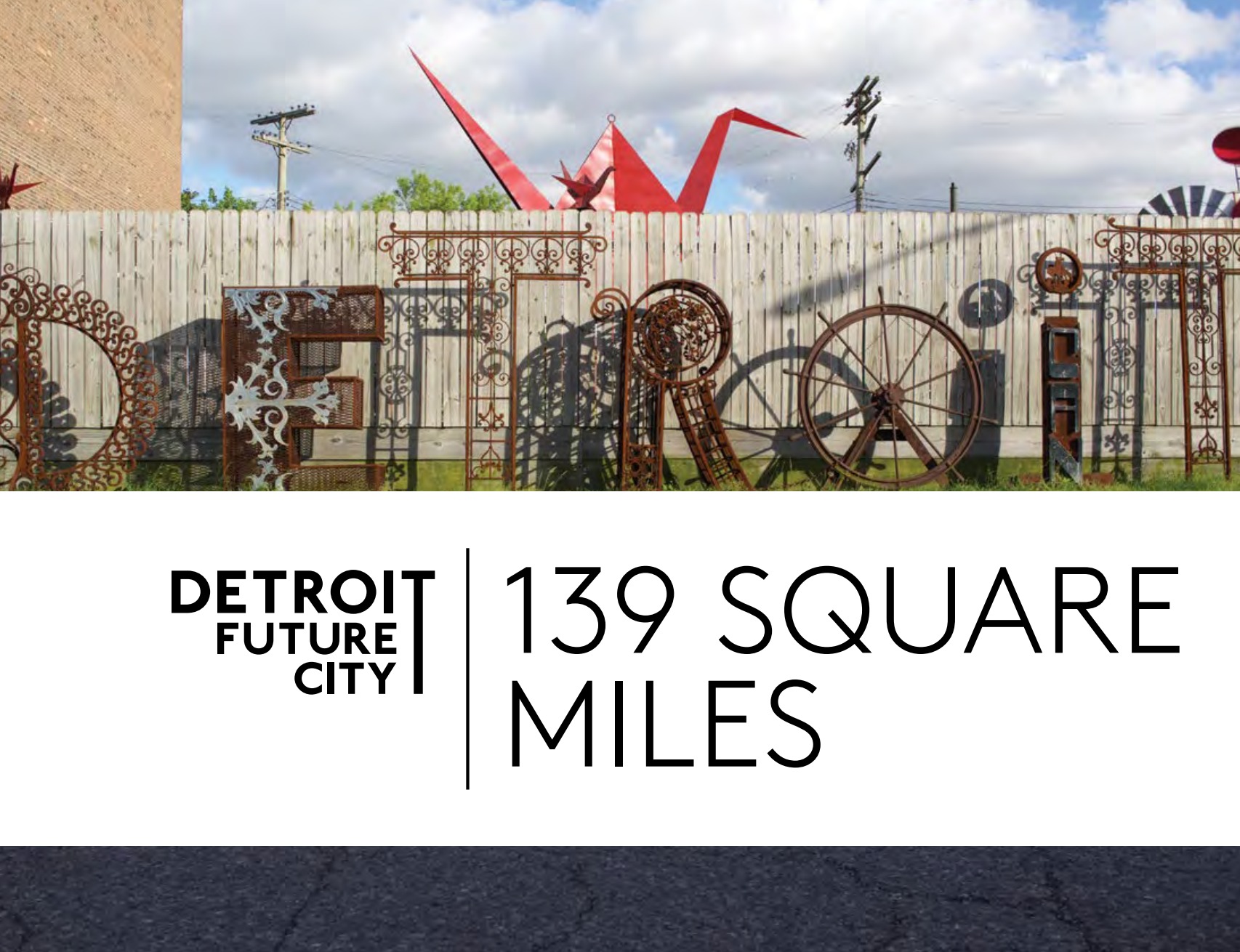 Detroit Future City’s (DFC) 139 Square Miles report is the first comprehensive, citywide, data-driven report that our organization has produced for Detroit since 2012 when we released the DFC Strategic Framework, the 50-year shared vision for the city’s future.  This report focuses on four key areas: population, people, economy and place. This report shows that for the first time in 60 years, Detroit is moving toward population growth, with the economy on the rise and neighborhoods beginning to stabilize.