The Detroit Future City (DFC) Strategic Framework and 2016 DFC report entitled ‘Achieving an Integrated Open Space Network in Detroit’ highlights Detroit’s massive vacant land portfolio as one of its greatest assets. DFC has been working since its inception to demonstrate how this land has the potential to be transformed into an open space asset, thus establishing the city of Detroit as a leader in innovative open space land uses. We are calling this movement a “Green Culture Shift”.

Why is Detroit Poised for a ‘Green Culture Shift’?
Decades of population loss have left Detroit with more than 24 square miles of vacant land. As the population stabilizes and moves toward growth, Detroit has a tremendous opportunity to transform this vacant land into a system of open space that will enhance health, well-being and economic vitality throughout Detroit neighborhoods. 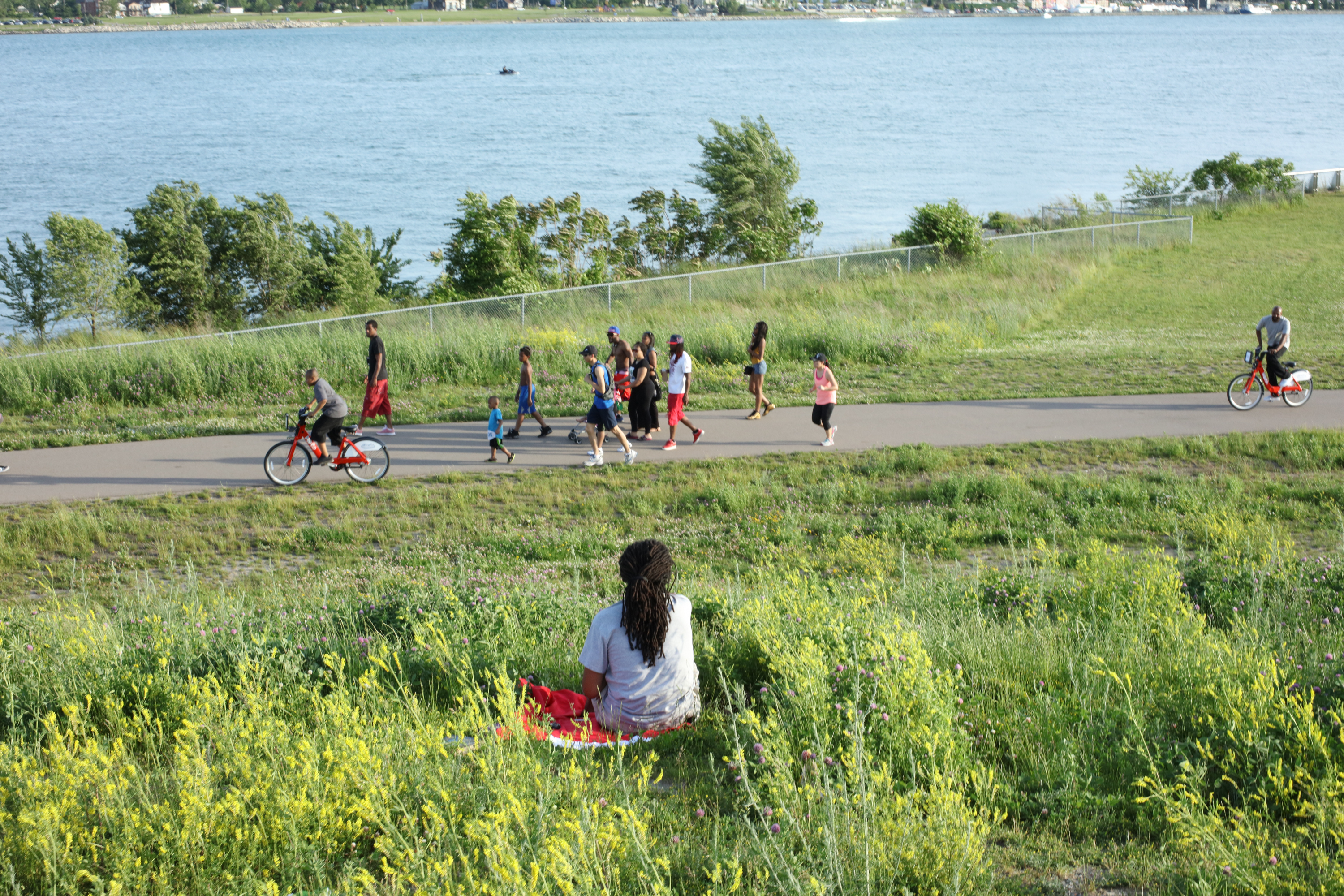