Detroit Future City’s 139 Square Miles report is the first comprehensive, citywide, data-driven report that our organization has produced for Detroit since 2012 when we released the DFC Strategic Framework, the 50-year shared vision for the city’s future.  This report focuses on four key areas: population, people, economy and place. This report shows that for the first time in 60 years, Detroit is moving toward population growth, with the economy on the rise and neighborhoods beginning to stabilize.

The 139 Square Miles report uses the most recent available data without analysis or critique. In developing 139 Square Miles, it was our aim to present Detroiters with objective facts in a manner that is understandable and accessible. This report is for Detroiters, and it is our hope that 139 Square Miles is shared, used and referenced globally so that all who are dedicated to Detroit’s stabilization and revitalization can work from an authoritative set of data. 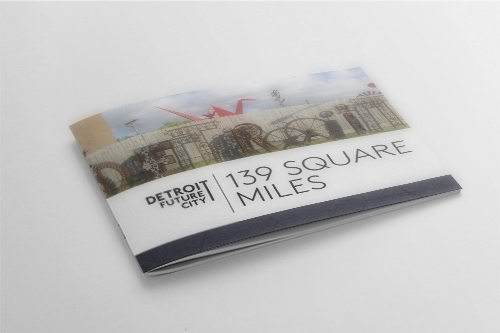