The Detroit Future City (DFC) Implementation Office is partnering with the Challenge Detroit fellows, as well as with Black Family Development, Inc. and Nortown Community Development Corporation, for the Land Use Challenge from April 8, through May 6, 2016. The Challenge Detroit Land Use project serves as an important opportunity to further build community capacity, garner lessons learned and identify resources to help implement additional Field Guide lot designs in the community.

Here are some images from the event. 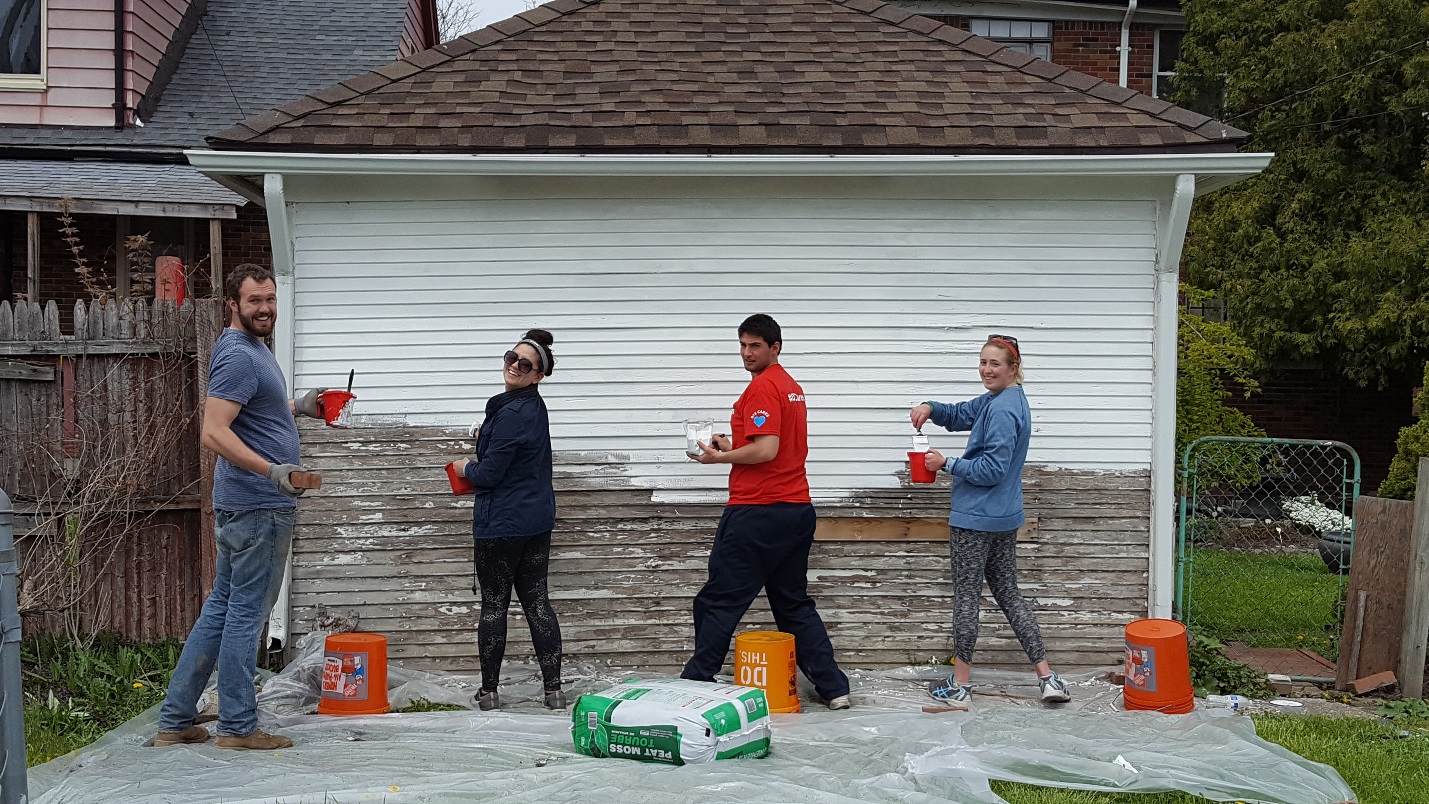 The fellows painted the side of a neighbor’s garage that faced the vacant lot on Roylat St.
Challenge Detroit Fellows 2015-2016 from left to right: Eric Laksonen, Amelia Suarez, Nick Najor, Annie Gough 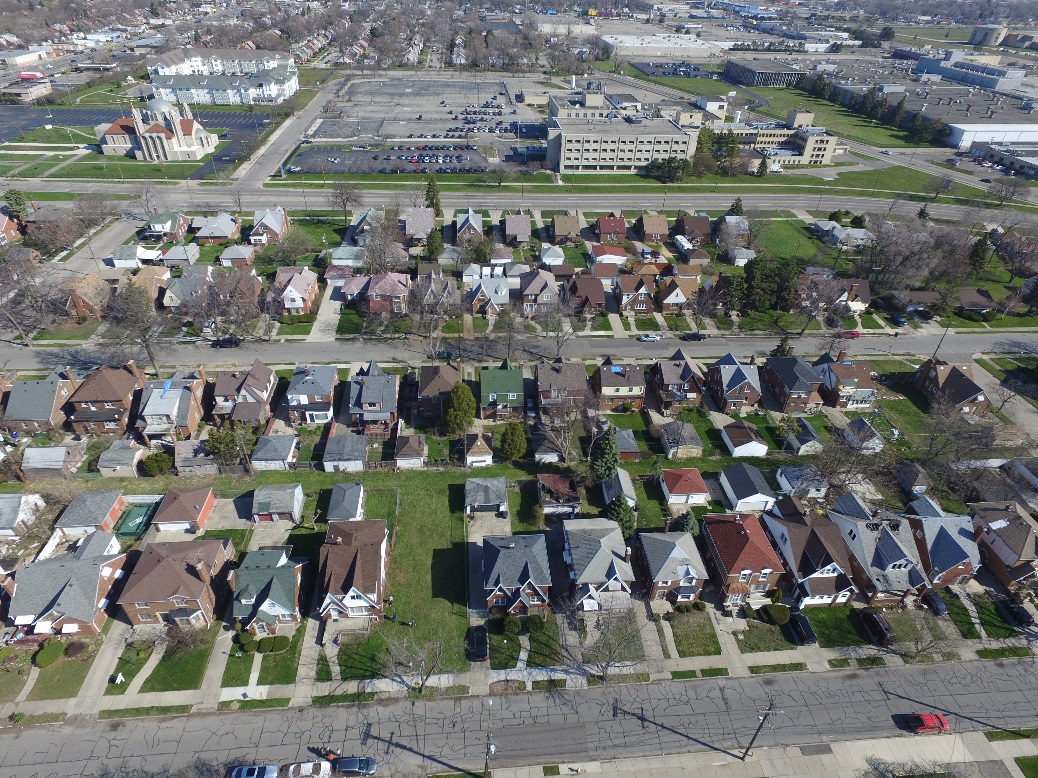 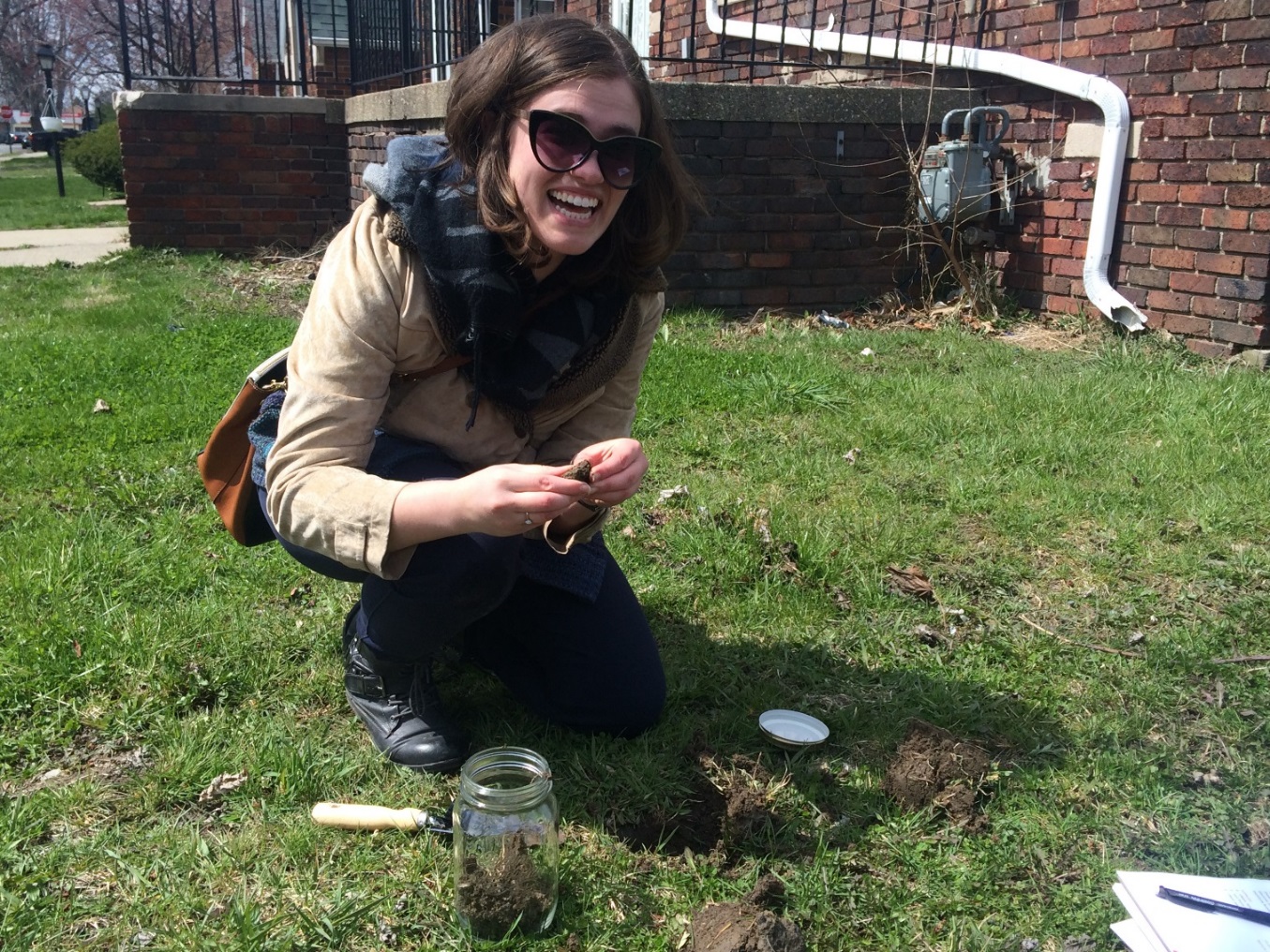 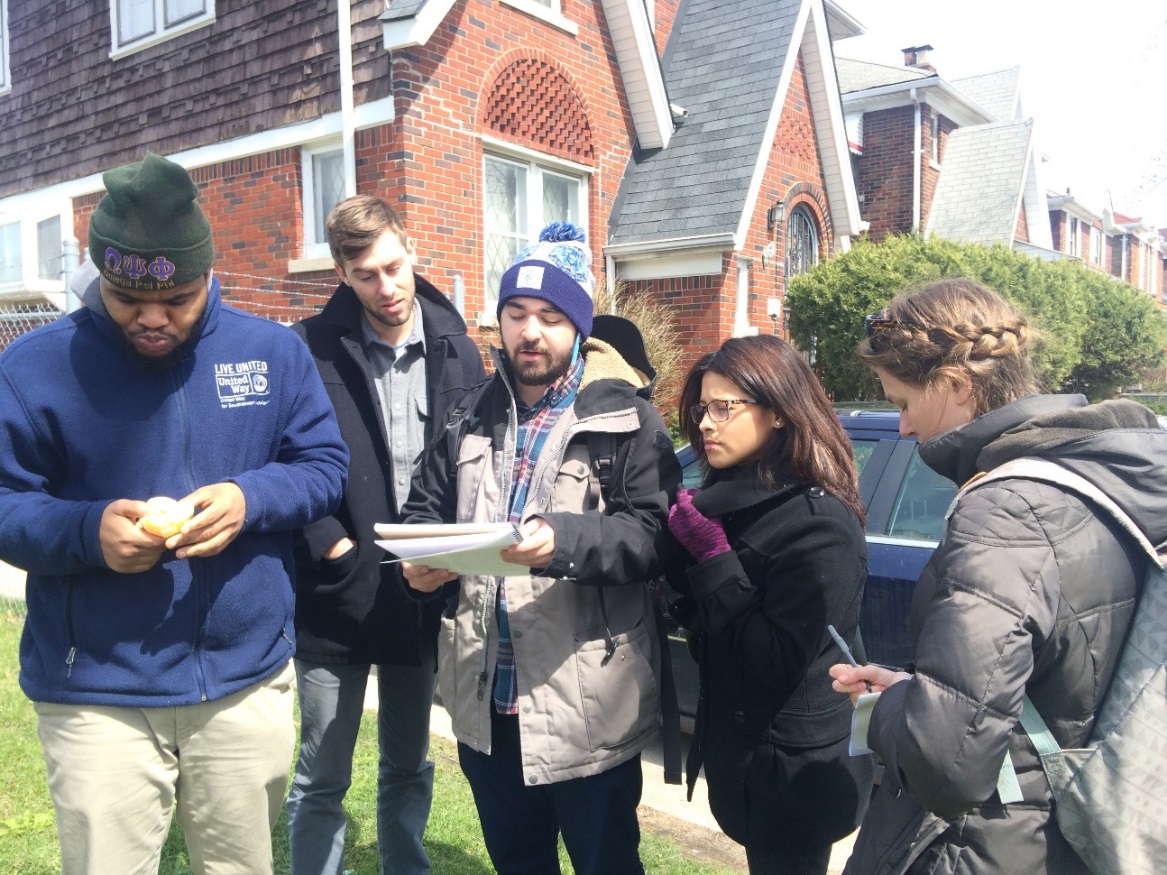 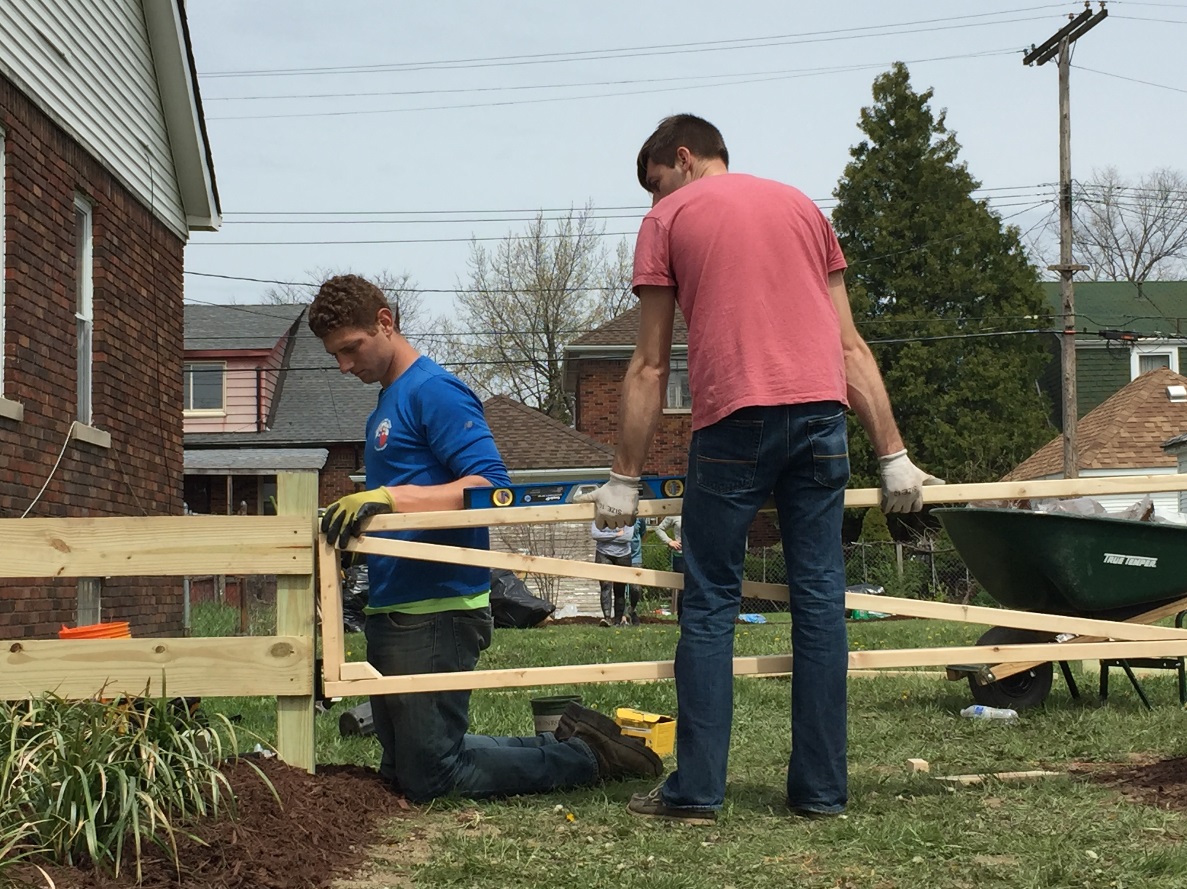 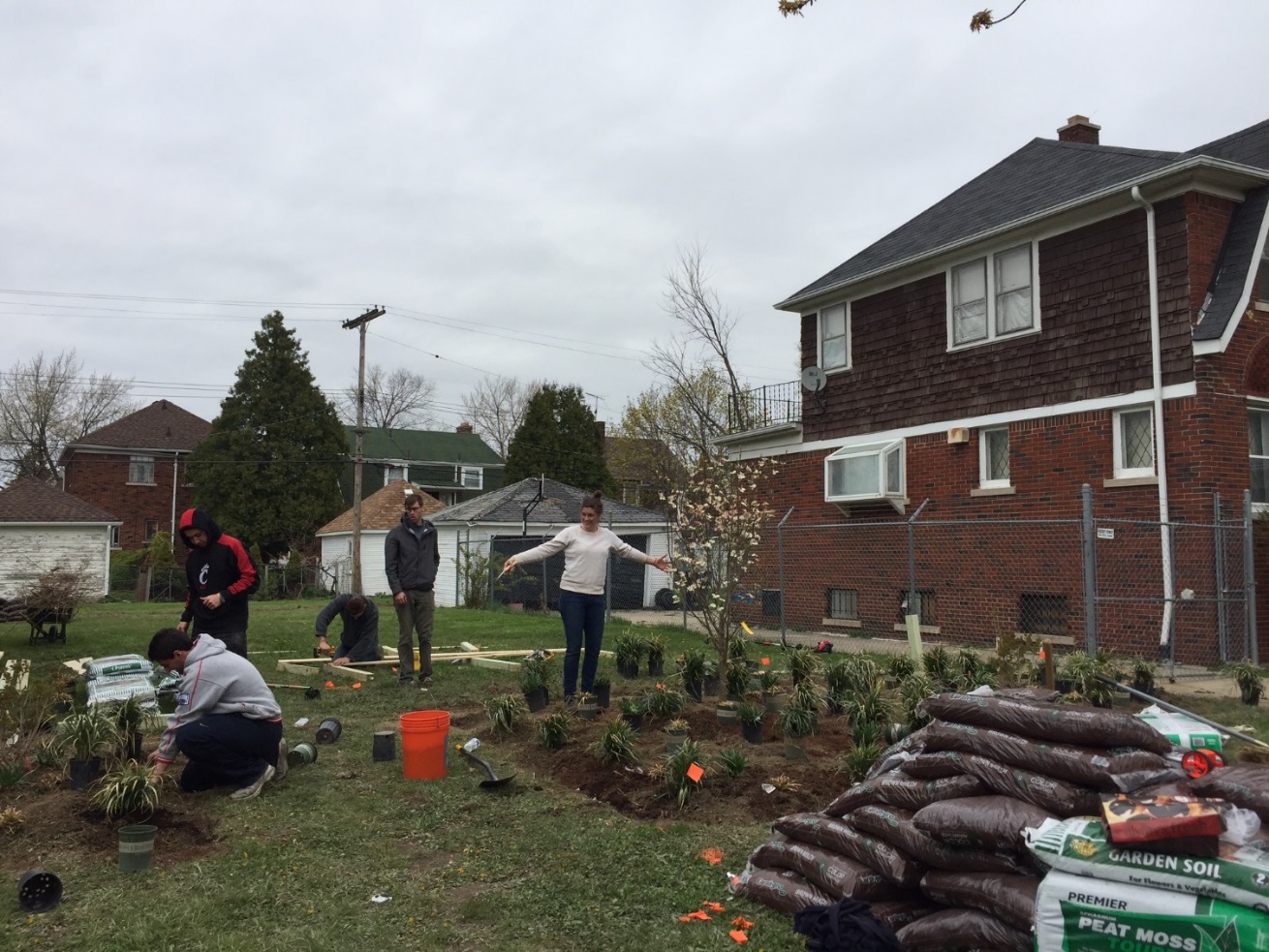 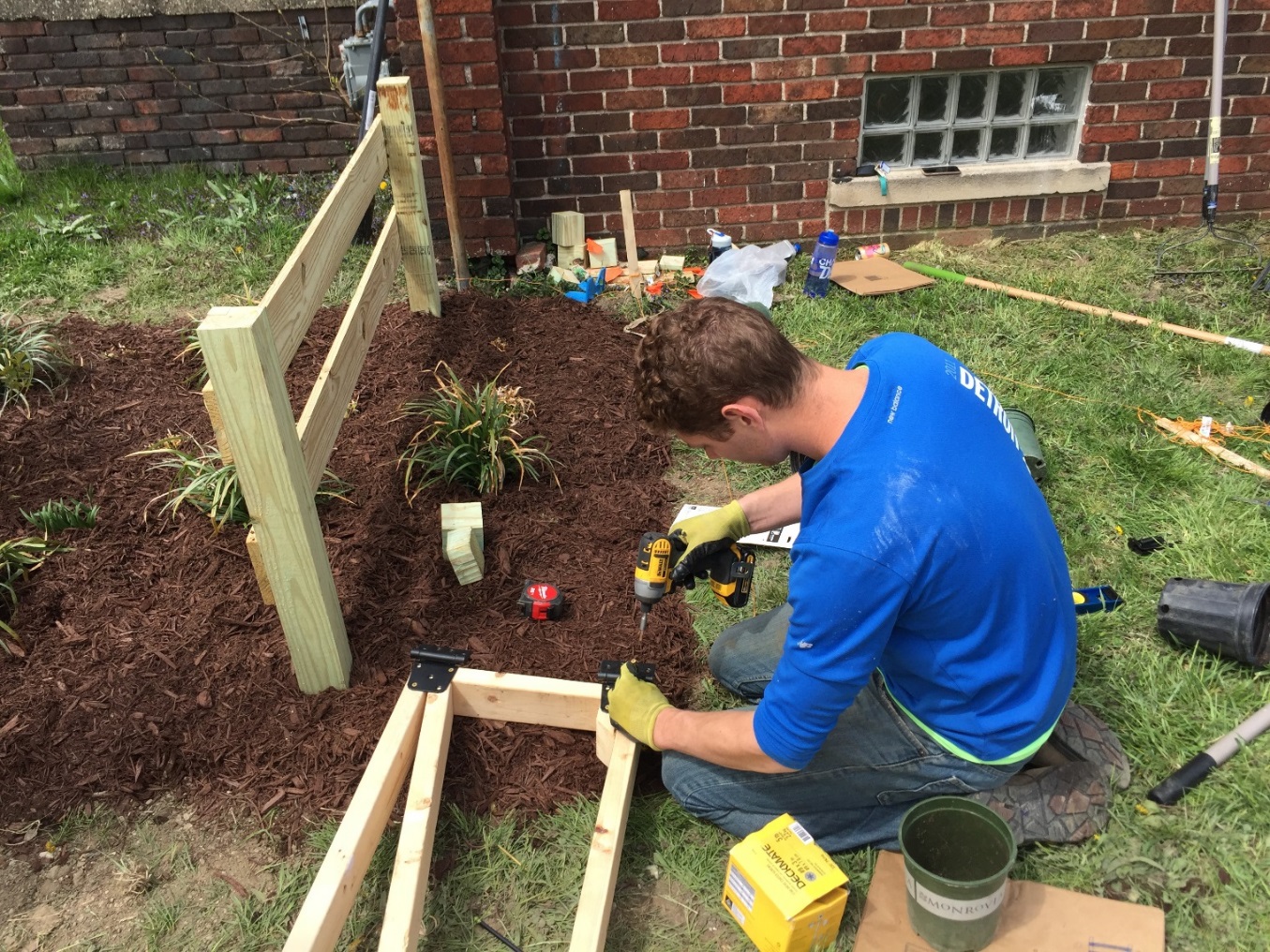 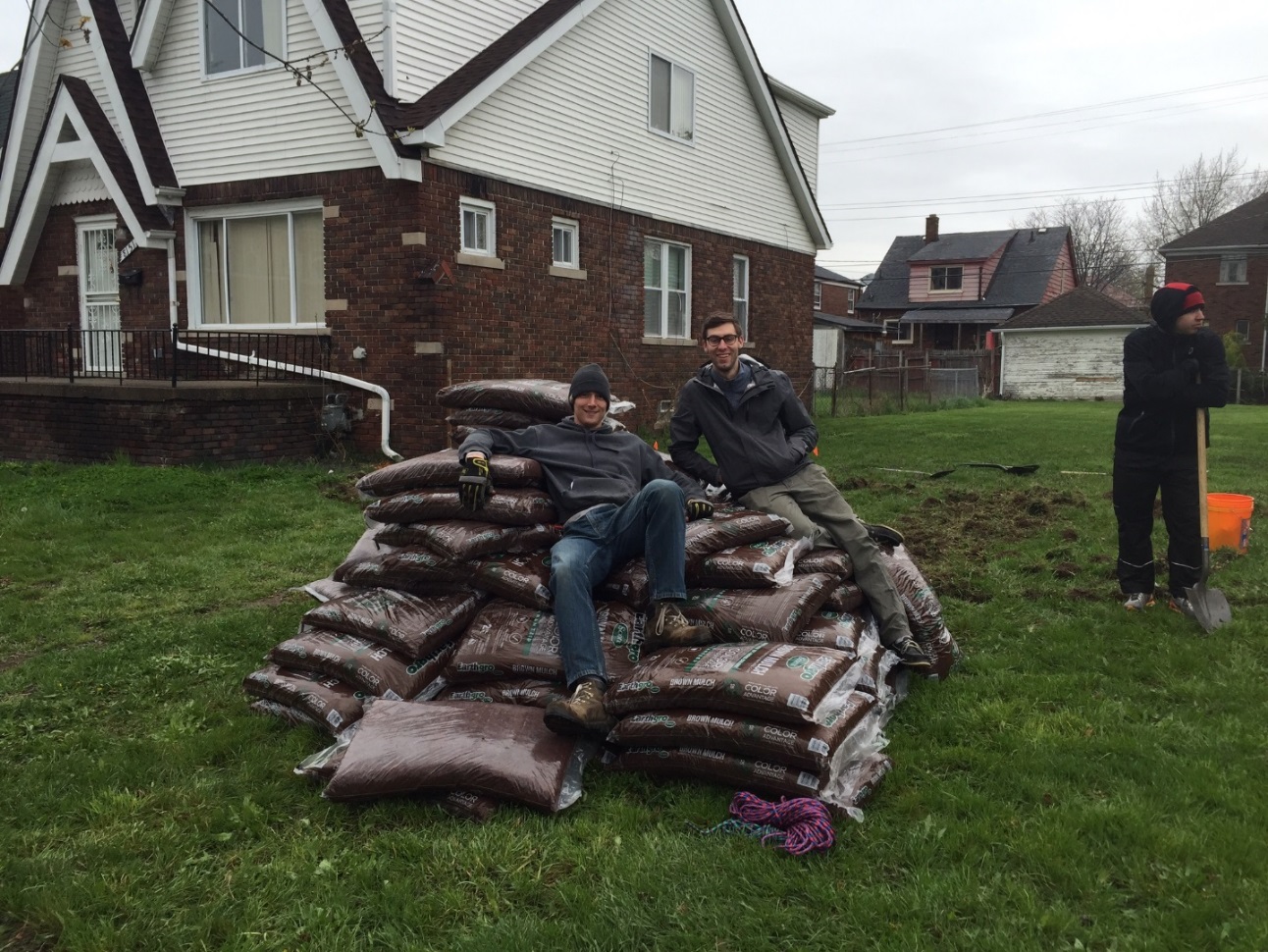 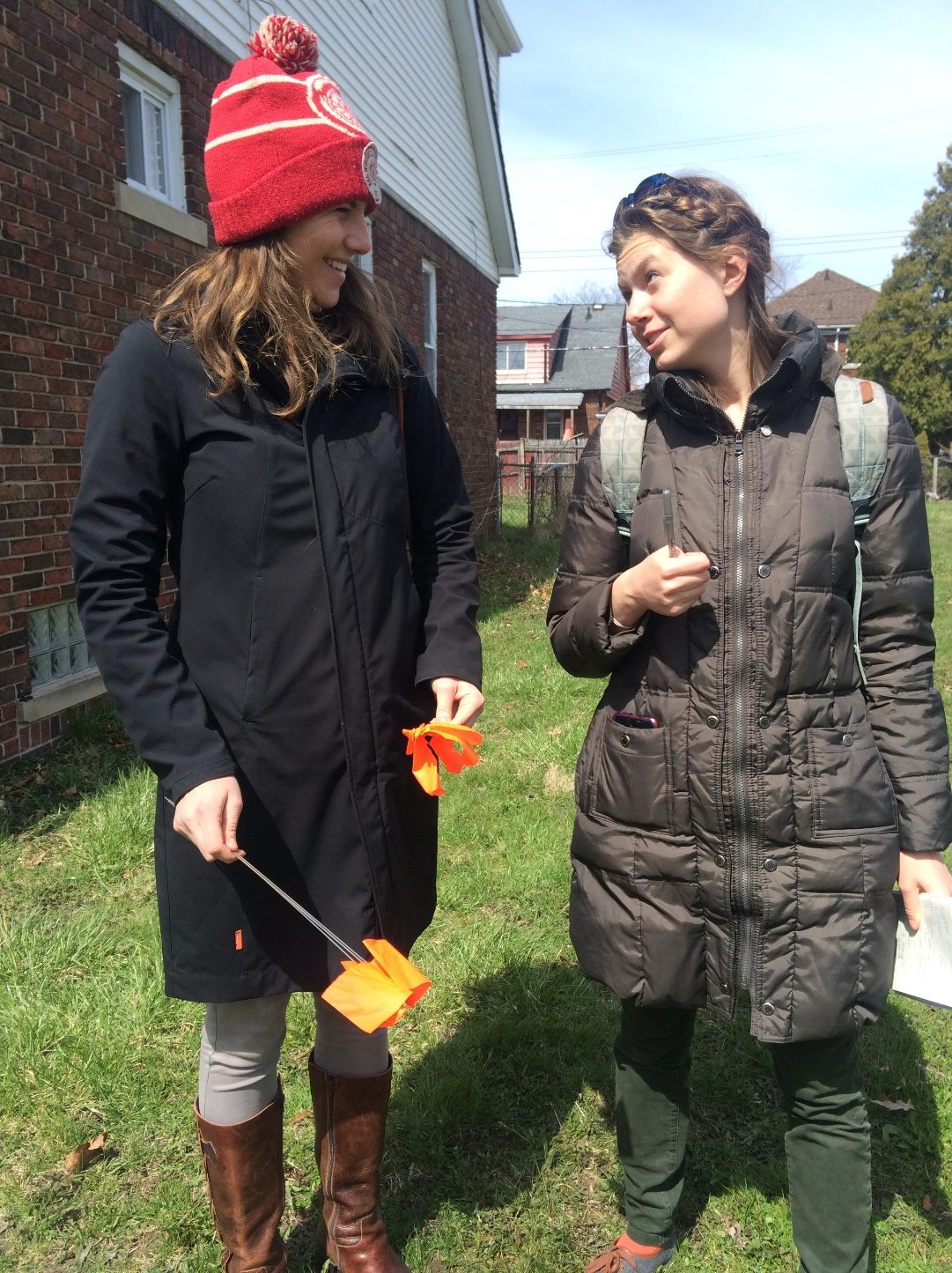