Doing your homework is the most important thing you can do when establishing a vacant lot project says, Andy Chae, cofounder and Farm Manager of Fisheye Farms.  In 2009, he learned about urban agriculture when Hantz Farms started doing things in Detroit.  At first, he thought it was crazy but after learning more, he fell in love, realizing the impact and potential that farming had.  Having obtained his degree from DePaul University with a double major in Environmental Studies and Political Science, he decided to use his education to focus on urban agriculture by gaining firsthand experience and skills on a farm in Chicago.  This allowed him the opportunity to start developing his own farm plans while also empowering others in the field of farming. 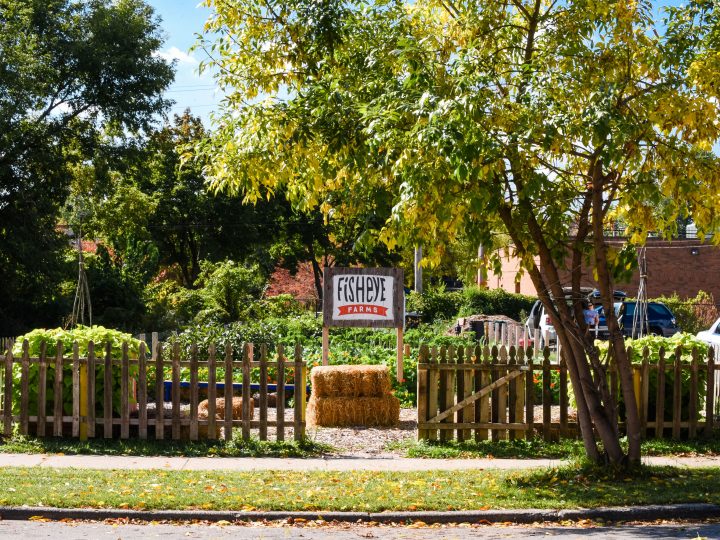 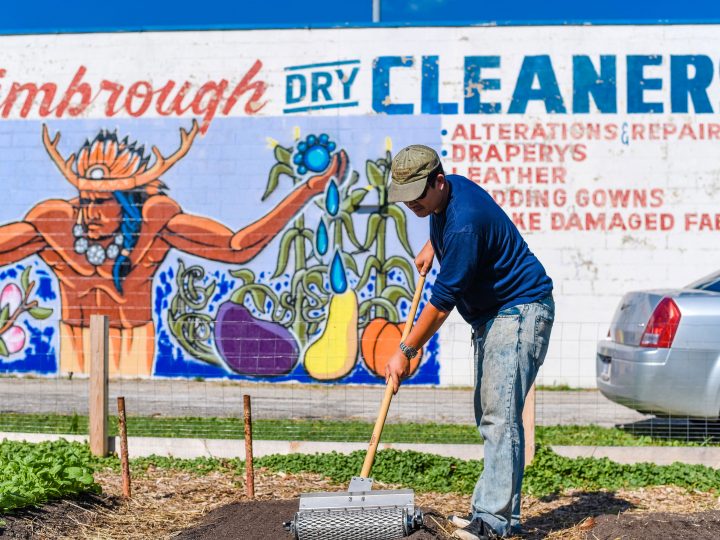 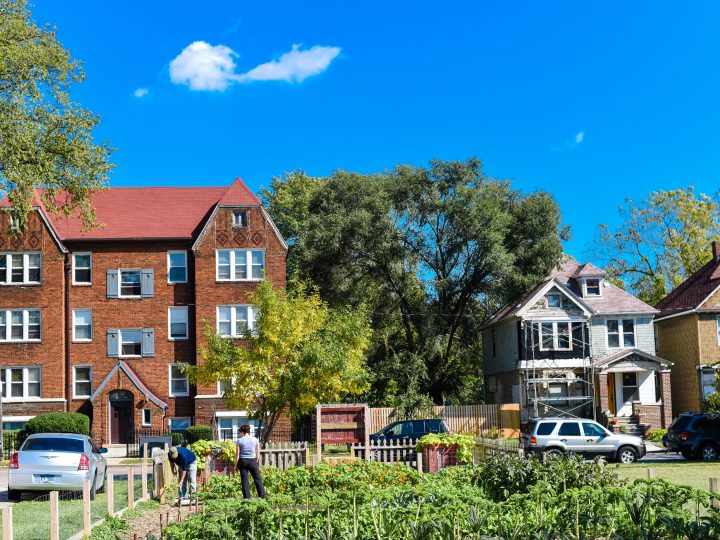 After gaining years of hands-on experience, Andy received a small piece of land from his aunt and uncle at 1815 Van Dyke in Detroit, MI. Excited at his first chance to start his own farm, Fisheye Farms was established in February of 2015.  He broke ground in April, and in less than 2 months, turned the lot into a farm.  With lettuce, beets, thyme, collard greens, carrots, kale, spinach, eggplant, arugula, and tomatoes being grown on the lot, Andy partners with local restaurants and is a vendor at three farmers markets.

Fisheye Farms, like the fisheye lens, takes a wide inclusive view of urban farming.  Our mission is not only growing good food, but also nurturing strong community, and providing space for inspiration and celebration.

The farm has a dual function: one to grow organic produce for sale and the other to offer a space for events and meetings. With a unique design, the farm has held a yoga event with a farmers market and a party with a dj. One thing that adds character to the site is the is the intentional setup that includes a barn-like “lobby” area that welcomes guest to the site and allows them to enjoy the space for various events or to observe the garden. An added bonus is the addition of beautiful sunflowers and perennials that border the “lobby”.

With business moving in super speed, Andy’s ultimate goal is to acquire his own property to operate the business from.  He is making process towards reaching that goal by exploring options in the city of Detroit. It’s an intense process and while he plans to obtain his own land, he doesn’t plan to let the current farm go astray. He hopes to transform the current farm to a more self-sustaining farm with a possible option to use the space to exclusively grow for a particular restaurant.

When asked what advice he would offer to someone who is ready to transform their vacant lot, Andy responded that he advises, “Anyone that is ready to work with lots to go see other examples and review what other projects look like to determine what you like about them. Continue to think about what you want your space to be and have your plans set before you start.”  When people see his farm, they often compliment him on how organized it is, but he had past experiences that allowed him to determine what he wanted and allowed him to create a vision prior to starting the farm.  He adds that, “he knew he wanted to do restaurants and he knew what they (restaurants) wanted already, but other people told him to do more variety” so his big variety is attributed to the advice he received from others. However, if he could do it over again, he would not have such a variety. He would do more tomatoes, more kale, and more lettuce and that would be it.