One dream lead to another, until picnics, potlucks, community organization collaborations and the Friends of Calimera Park evolved.

Kate Daughdrill, artist and farmer, has a passion for connecting people.  She built a farm in Hamtramck, next to her home, which is an artistic expression of her work and social interests.  Food gatherings keep her surrounded with friends and neighbors.  She co-founded SOUP, a public soup dinner whereby guests pay $5 for a pot-luck variety of soups; listen to presentations about creative projects taking place in Detroit; and then vote on which project to fund with the proceeds from the dinner.

Four years ago, Kate and her collaborator, Mira Burack would spend time in Calimera Park on Detroit’s eastside, and talk of ways to improve the park and enhance the quality of life in the surrounding neighborhood. The concept for the Edible Hut was formed in conjunction with the community from the very beginning. Through a two-year, community-driven public arts process with Community+Public Arts Detroit (CPAD), a program of the College for Creative Studies, they collaborated via monthly public meetings with the Greenbrier/Pulaski community organization to plan a shady, peaceful, beautiful gathering space for their community—a shelter—to reactivate the park, bring neighbors together and strengthen relationships. 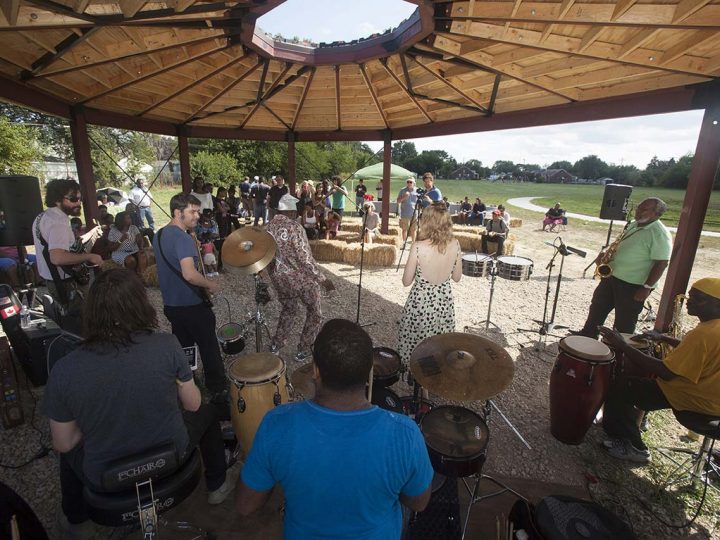 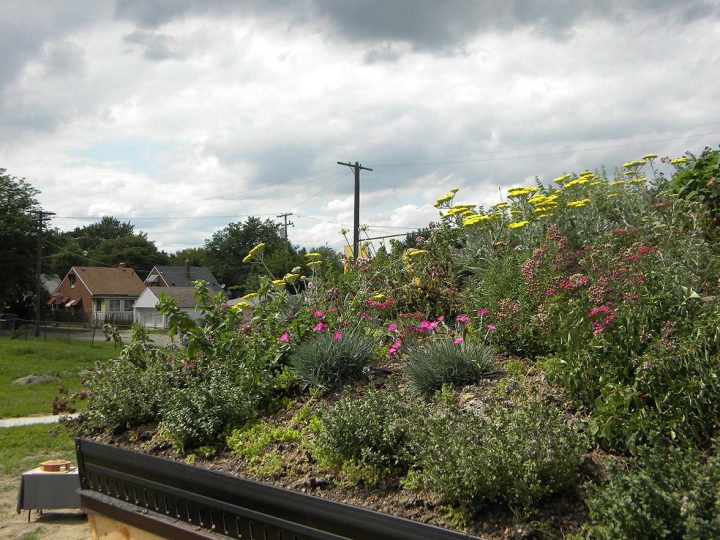 Built with boards from an old garage, the roof is blanketed with a collage of edible, perennial herbs and plants.  It was constructed through partnerships and resources from a large collective of neighbors, businesses, institutions, students, artists, and other supporters. One dream lead to another, until picnics, potlucks, community organization collaborations and the Friends of Calimera Park evolved.  The Friends are a subsidiary of the Osborn Neighborhood Alliance (ONA).  The Hut was designed to complement the Memory Field, a radial, rippled grass formation surrounding a pond, created in the park in 2009 by sculptor Graem Whyte and his wife, Faina Lerman, in memory of neighborhood residents who have passed.

Efforts are underway to increase youthful participation. Plans for bike rides and an event featuring Detroit’s mounted police are in the works.  In the meantime, the enthusiasm, hope, pride, engagement and commitment is contagious, and really must be sustained so that park amenities will continue to be maintained.