Pashon Murray, founder of Detroit Dirt, believes that compost is the key to creating a closed-loop supply-chain and food system in Detroit. She is frequently recognized as an icon of Detroit’s innovation and environmental entrepreneurship.

Murray’s company collects manure from plant eating animals at the Detroit Zoo and food scraps from area businesses to make high-quality compost at a facility in Corktown.

Her company, Detroit Dirt, then sells this organic compost to businesses, organizations, and individuals in Detroit.

Murray knows a lot about waste. When she was growing up, her father ran a waste removal company, and Murray often accompanied him to landfills. She decided that for her own business, she would work to reduce the amount of waste that goes to those landfills. Detroit Dirt does just that. Her compost improves the quality of produce created in Detroit while keeping waste out of Michigan’s landfills. 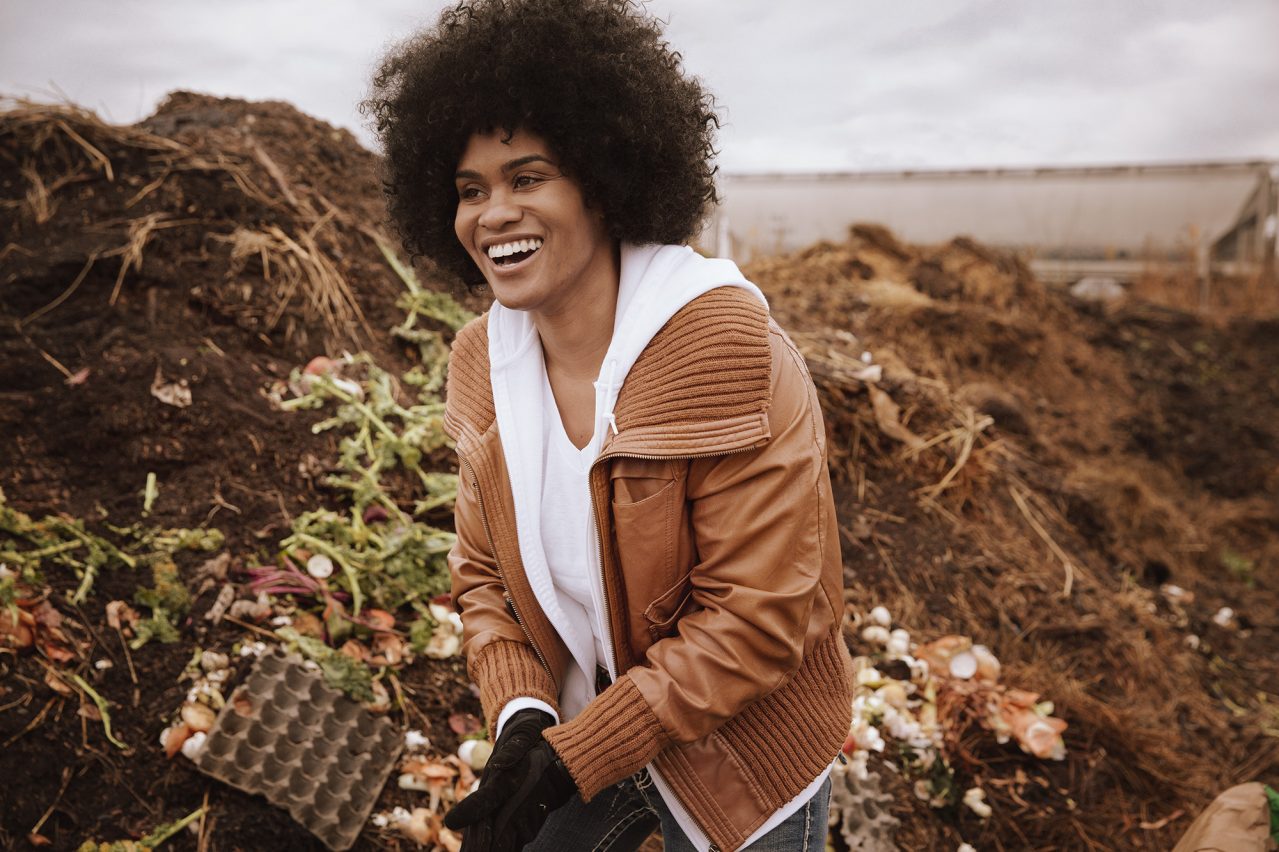 When asked about Detroit’s evolving environmental consciousness, Murray said that Detroit is technically lagging behind other cities and countries in terms of how much we act in accordance with zero-waste principles but that people are starting to appreciate that this should be a part of the city’s “reinvention.” She also said that this means, “we have the opportunity to do it better and more uniquely than anyone else.” Murray credits the automotive industry has been instrumental in helping her business make a difference. General Motors has set a Quest for Zero Landfill goal, so Murray has been collecting food scraps from the restaurants on their property.

We have the opportunity to do it better and more uniquely than anyone else.

Detroit has been incredibly supportive of Detroit Dirt. When asked what it is about compost that makes people so enthusiastic about it, Murray says that compost is so, simply put, cool, because it’s a natural and organic process that would happen in our ecosystems whether or not people actively composted. All she does is facilitate the process and find the perfect variations for growing different types of plants. Murray is a lot more than a composter, though. She is an advocate of Detroit’s green movement, a symbol of this city’s renaissance, and at the end of the day, she is a citizen that cares deeply about the environmental implications of our actions.

As for what makes her “Cost Effective, Earth Protective” compost unique, Murray says she can track where all the materials for the compost came from. She says people trust the Detroit Dirt brand and that she knows what she’s doing, and with good reason, too. She’s only an expert because she’s spent seasons upon seasons observing, experimenting, failing, and improving. She says that composting can be frustrating because the composter has to make sure that they are managing it correctly and understanding the processes. The kind of food waste used, the techniques employed, and the ratio of carbon and nitrogen are all-important in making compost with a good nutrient base. Her advice for those interested in composting at home is to observe the inputs and outcomes of their composting habits and to be patient and resilient.