Through a community-engaged process, City of Toledo, Tetra Tech, and its partners decided to install a bioswale along Maywood Avenue.

Challenged by the need to reduce stormwater runoff from entering into the combined sewer systems and constrained by a limited budget for infrastructure improvements, in 2010, the City of Toledo looked to green infrastructure for help with its dilemma.

Toledo started by working in the Lagrange neighborhood on the city’s northeast side. The City hired Tetra Tech, a Michigan-based engineering firm, to develop a green infrastructure project along one street in the neighborhood—Maywood Avenue. The City of Toledo hoped this project would improve water quality, reduce the amount of stormwater runoff entering the combined sewer system and causing overflow events, and simultaneously revitalize the neighborhood through broad community involvement. Tetra Tech saw this project as an opportunity to test the effectiveness of green infrastructure going forward in Toldeo. 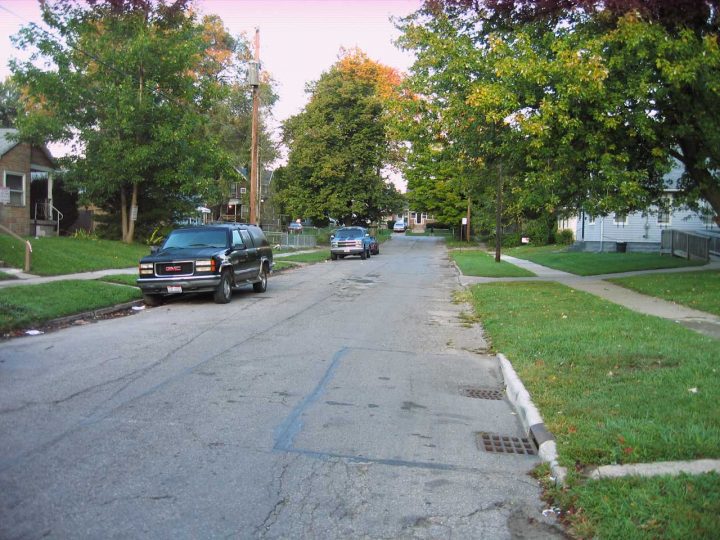 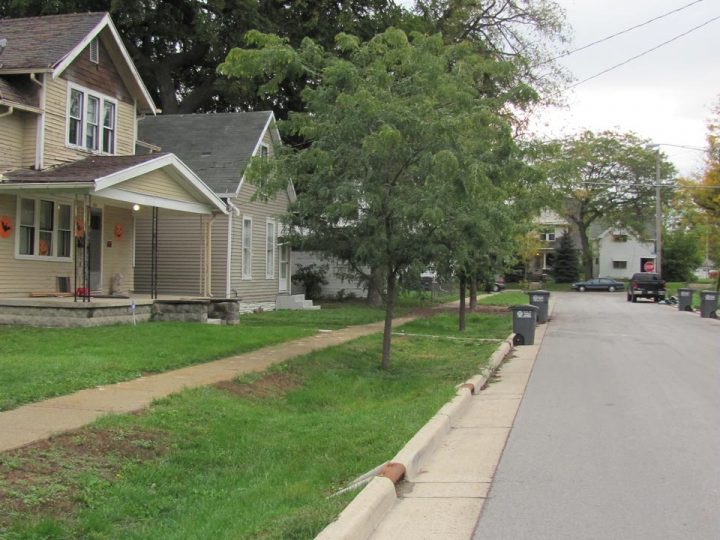 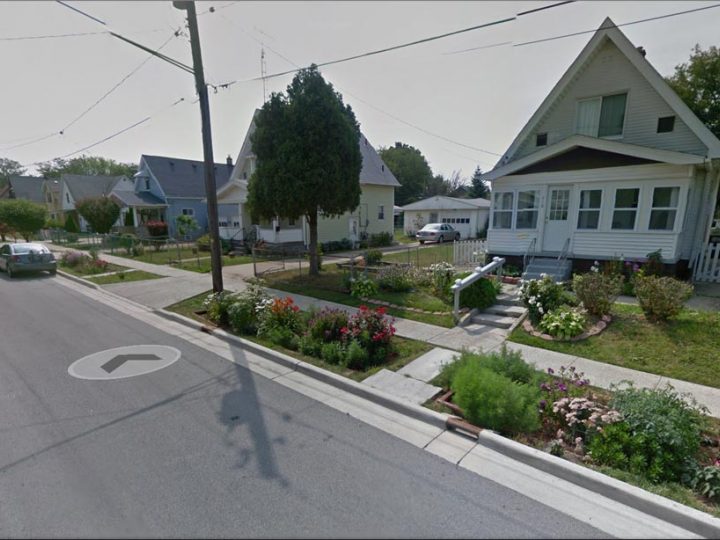 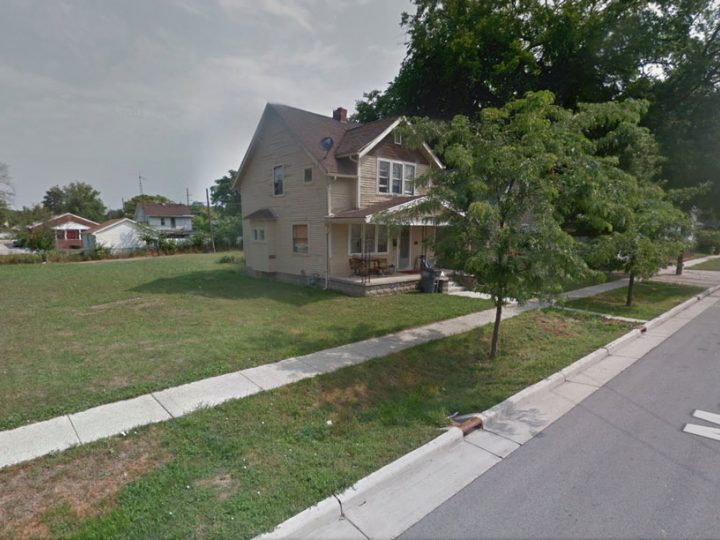 Through a community-engaged process, City of Toledo, Tetra Tech, and its partners decided to install a bioswale along Maywood Avenue. A swale is a low area designed to slow and capture runoff. Swales packed with special plants and soils are called bioswales: these are systems can clean the water that filters through them.

At the start of this project, dirt and gravel driveways characterized Maywood Avenue and its alleys. The oil stained pavement and roof gutters draining into lawns and then spilling into the street made Maywood Avenue a perfect opportunity for testing this style of green infrastructure.

Broad coordination made the Maywood bioswale project possible. Tetra Tech worked with Biohabitats and Toledo GROWS, a division of the Toledo Botanical Garden. Both organizations were known locally for their work with green infrastructure, and Toledo GROWS provided Tetra Tech direct connections with the community. Funding for the project was provided by the Ohio Environmental Protection Agency, U.S. Department of Agriculture, and Lucas County.

The project installed a bioswale in the Right of Way (ROW) running the length of both sides of Maywood Avenue. Residents were given a choice of which planting they desired in the bioswale in front of their homes.

The completed bioswales were planted with buffalo grass, native flowers, or street trees. In exchange for these improvements, the residents of Maywood Avenue agreed to maintain the bioswale in front of their home. For residents who selected the native flowers option, Tetra Tech and their local partners worked with residents to arrange for the planting and instruction on the care of these flowering, native plants in their bioswales.

As a part of the Maywood Avenue project, the street was reconstructed with new curb cuts at the bioswales to drain the runoff. New, porous sidewalks were paved with a reservoir underneath, to maximize temporary stormwater storage and infiltration.

After completion, average amount of stormwater runoff was reduced by 64%. This has improved water quality and decreased flooding while contributing to neighborhood beautification.

Bioswales do not have to look like they do on Maywood Avenue; different communities will prefer different arrangements. Bioswales can be lined with street trees, short turf grass, or flowering plants mixed with other green vegetation – examples of each can be found on Maywood Avenue.

The Maywood Avenue Bioswales show us how green infrastructural strategies can be adapted and customized to reflect and respect the individual needs, opinions, and culture of a community. This project shares a great example of the viability of green infrastructure to revitalize neighborhoods, reduce stormwater runoff, and improve water quality – while utilizing and growing from a process that values community involvement.