The purpose of getting in touch with Central Detroit Christian Farm & Fishery was to find out more about vermiculture, or worm farming, in Detroit. After having a conversation with the Operations Director, Randy Walker, I now have a better idea of both what CDC does, and of the benefits of worms.

Although they grow a variety of crops, their focus currently is basil. The growth cycle takes about 3 months and because the farm and fishery is indoors, they can go through four growth cycles a year. “Basil is good crop because everybody likes it and since it can normally only be grown 6 months out of the year in Michigan, we will always have a market for it,” Walker said. The basil is grown in a very interesting way. The CDC is currently utilizing an airator system, where the plants are sprayed with water from underneath. The lights they currently use utilize a pulley-system to make sure that all plants get an equal amount of light distribution. The system appears very intricate and efficient, but Randy Walker, Operations Director, said that CDC intends to make everything run even more smoothly in the future. One of the most cost effective methods that CDC is utilizing right now is the symbiotic relationship that is going on between their fish and their plants. 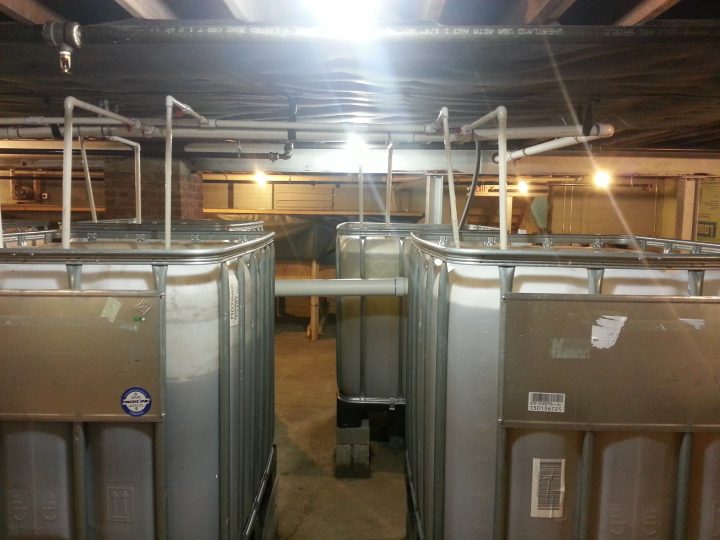 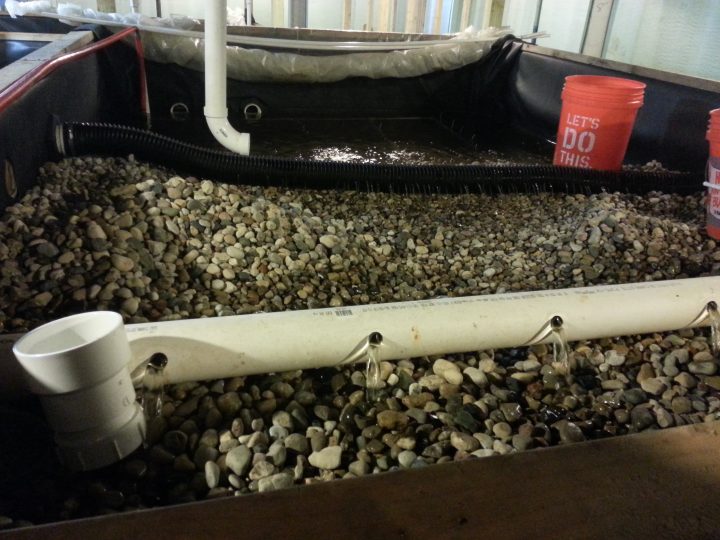 There are over 4,000 tilapia living in the tanks in the basement of the farm and fishery. These fish are fileted and served in different markets throughout Detroit. However, like all living things, these fish create waste. Rather than simply disposing of the wastewater, it is pumped into a rock bed containing Red Wiggler worms. Red Wigglers are the species that is most widely recognized as the best worm for vermiculture due to their ability to break down waste and their rapid reproduction rate. “The Wigglers will double in population in 6 weeks granted they are given enough food.” And they certainly are fed enough at CDC! After the fish-waste water is pumped into the worm bed, the worms break down the waste in the water so that it is full of good nutrients for growth such as nitrogen. This process makes the water much better for plant growth. The water is then pumped back upstairs to the plants where the whole process is started over again.

When I asked whether or not the CDC had any plans to work with vermiculture, Mr. Walker said that they had played around with the idea, but ultimately decided that it was too much of a hassle for what they were currently working on. “There is good money in vermiculture” Walker said “it is just a bit difficult to do in Michigan due to having to move the worms inside during the winter months.”

There is good money in vermiculture. It is just a bit difficult to do in Michigan due to having to move the worms inside during the winter months.

To go into a bit more detail of vermiculture, it is the process of selling both worms and their castings (waste) for the purpose of improving compost, which in turn improves soil. The worms create a highly nutritious soil that is great for cultivating plants. The worms can also be grown and sold as bait for fishing. The best way to start a worm farm is by getting a composting bin, which is best located in the shade. This operation can be done inside or outside. However, if you choose to work indoors, it is recommended that you use your basement where the worms can be in as much darkness as possible. Your worm bin should be filled with a combination of old newspaper and dirt. Once you’ve added the worms you can start adding compost to the bin. The rule of thumb is for every pound of worms, you should add one pound of compost, feeding the worms about once a week.

After you have established your worm colony, it is up to you to decide what to do with it. You can sell your worms to other interested vermiculturalists, you can sell the worm castings to other gardeners, or you can keep it all to yourself and watch your worms thrive. Although it may be difficult to start a large worm business on the side lots in Detroit, there is certainly nothing in the way of creating some worm composting for yourself.