Two years ago, Joe Gall, biker and photographer from Royal Oak, was driving through Detroit in search of a spot for a BMX park. He came upon a vacant lot on the corner of Brush and Adelaide Streets in Brush Park. A mound of dirt rose above the piles of trash. He returned the next day with a shovel and three biker buddies.

BMX is an acronym for bicycle motocross. Motocross is a form of closed-course motorcycle racing on a rugged, cross-country, off-road circuit. It has grown into a major international competitive event.

BMX began in the early 1970s, when young people began racing their bicycles on dirt tracks in Southern California, drawing inspiration from the motocross superstars of the time. By the mid-1970s, BMX racing was a phenomenon. In the late 70s, “Street” BMX—a type of freestyle BMX—evolved. Street BMX, an extreme sport, involves riding your bicycle through obstacles that are manmade, most of which are not designed for bicycles at all. These obstacles may include stairs, handrails, ledges, banks, playground slides, curved walls and architectural designs in unusual shapes. Many bike riders today participate in Street BMX because of the absence of rules and regulations, and because it stresses the creative aspects of the ride. The sport isn’t about winning; it’s about determination and the drive to accomplish a goal. It’s a male-dominated sport, but women race just as well or better. It is a sport that requires a balance between fitness and skill; fast reflexes, strength; endurance; bike handling skills learned from hundreds of hours of practice; and sufficient daring and confidence to tackle dangerous obstacles without fear of consequence. 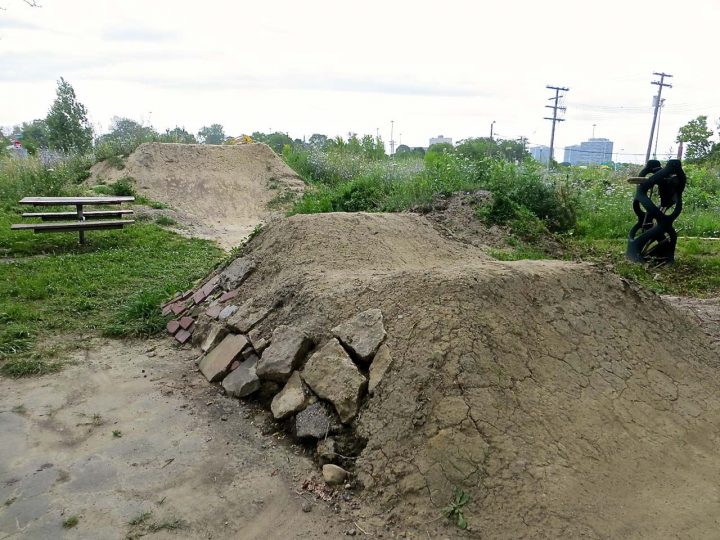 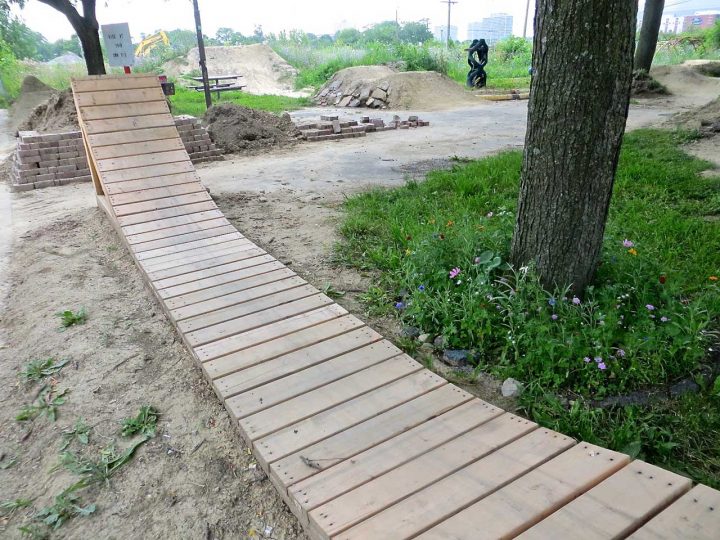 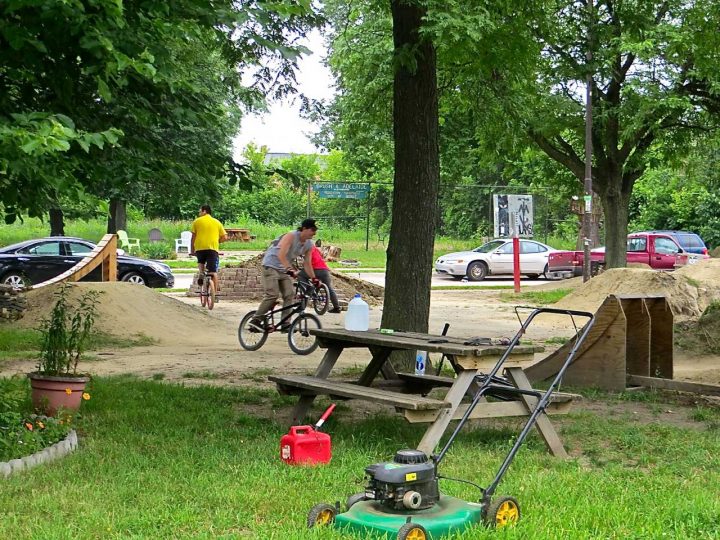 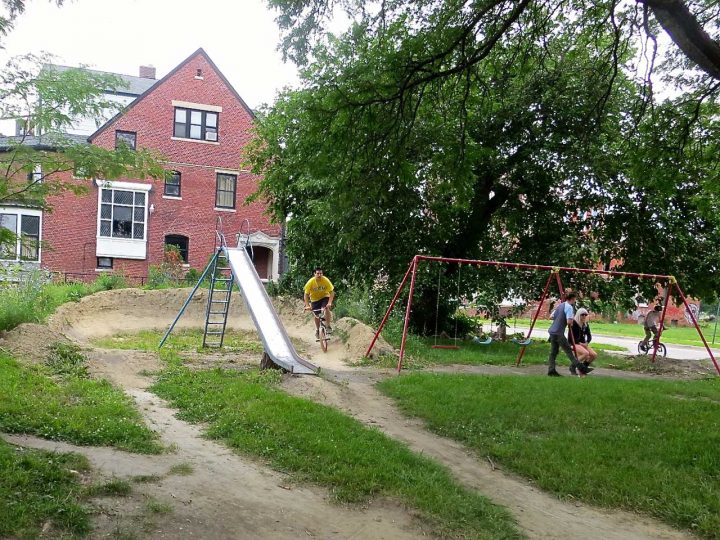 A homeowner next to the four-lot property adjoining his home used to watch drug deals from his window, and see dealers duck into the thicket of weeds, brush and trees that had grown up next to his property. He watched Gall and friends fill numerous garbage bags with rubble and trash. Two weeks later, social networks and word-of-mouth brought 100 people to help clean-up the site, Brush Park neighbors included. They dug out garbage and shaped riding trails, painted the derelict playground equipment and incorporated it into ramps, slopes and turns. One neighbor was seen nightly mowing the lot.

Gall and the riders continue to clear trash and weeds. Digging and shaping continues.

Car thefts and drug deals have decreased since their arrival, according to neighbors and Detroit police data.

The Brush Park BMX Park shows one of many ways to convert a vacant lot into constructive use.