596 Acres is an organization that seeks to increase community access to space in New York through sharing a series of tools and by providing technical assistance.

While vacant land exists in all cities, gaining access to reuse that vacant land or even knowing who owns it is a consistent hurdle for residents trying to turn that land over to community use. 596 Acres is an organization that seeks to increase community access to space in New York through sharing a series of tools and by providing technical assistance. Founded in 2011, 596 Acres (the amount of vacant land in Brooklyn according to City data available at that time) has grown over the last several years and has provided a range of services to further the goal of community access to and control of land in the city. 596 Acres works primarily with groups who transform vacant public land within the city of New York into community gardens, pocket parks and farms. 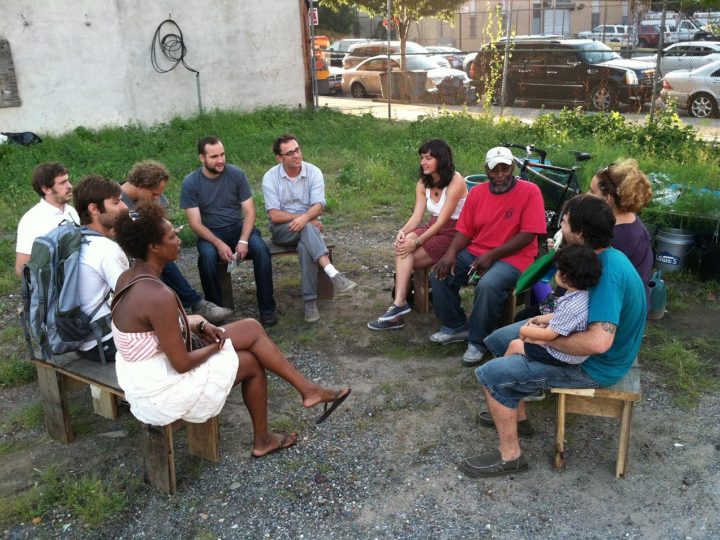 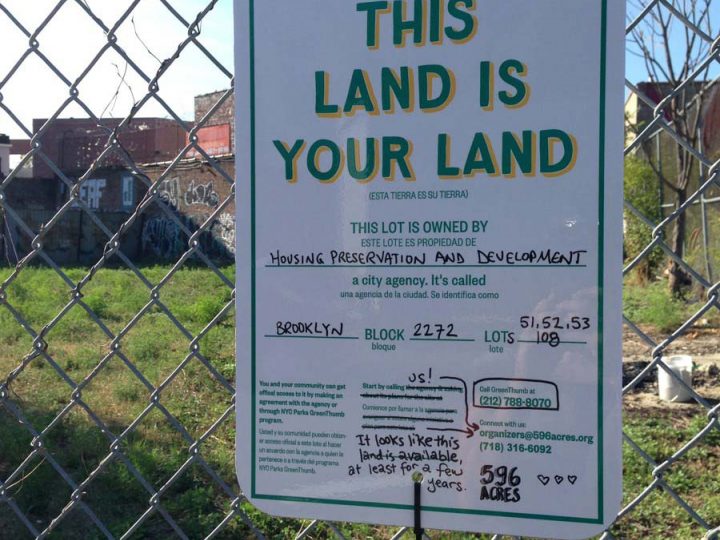 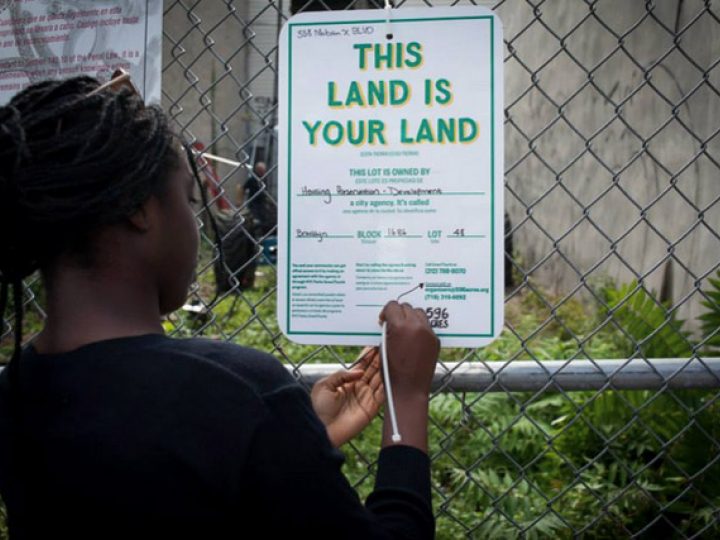 596 Acres’ strategies are based on the fact that knowing which land is public is the key to connecting residents to spaces to co-create. In 2011, 596 Acres developed a mapping tool to show the vacant government-owned lots within Brooklyn. Many of these lots are hiding in plain sight but information about them, particularly ownership, is difficult to locate. Since 2011, the online map for New York City has grown to include all five boroughs and 596 Acres has partnered with local advocacy organizations to create similar tools for New Orleans, Los Angeles Open Acres Project and Philadelphia.

While providing information about vacant lots is a key step to unlocking the potential in vacant spaces, more advocacy and support is needed so that traditionally excluded populations can use this information as a tool for city-making. To further the goal of community access to publicly-owned land for underserved communities, 596 Acres provides hands-on assistance in navigating city processes to gain access through a staff organizer, and provides legal support to community groups to gain access to lots in their communities and, where appropriate, retain long-term control. Through this work, 596 Acres has become the leading advocate for community access to vacant public land in the city of New York.

In four years, with the assistance of 586 Acres, community members have turned 32 lots into community parks, gardens or other community spaces.